A group of young soldiers has been frequenting the Adabraka headquarters of opposition National Democratic Congress (NDC) demanding on party bigwigs to take up proactive political steps to rescue their colleague soldier who was jailed 90days over the DropThatChamber agitations.

Lance Corporal Wassah Lincoln Isaac was sentenced to 90days imprisonment with hard labour by a board of inquiry set up  by the military hierarchy three weeks ago.

Some of his colleagues have strongly but quietly condemned the sentencing as too harsh. One of Lance Corporal Wassah’s closest friends confirmed to Ghanacrusader of their attempts to get the NDC to take up matter.

” They are saying he breached the Armed Forces Regulation Vol. 1, Article 19, section 14 subsection 2 and article 19(36). My brother, he said nothing too serious to be a threat. Isaac only suggested that we use that money to provide schools, clinics, roads and other basic things we need as a country,” Wassah’s colleague said.

He added, “We are serving this country. We want to build this country together. There is too much victimisation in our service. So we want the NDC to change things when they take over next year as a government.”

Another young soldier claimed the government of President Akufo-Addo is very unpopular in the military.

“You mark my words. When we the military vote next year, NPP will lose to NDC. I am sure the same thing will replicate in the Ghana Police Service,” he pointed out with confidence.

A female soldier among them expressed indignation at the ongoing situation in the military and the country as well. She said the military has to be cleaned up for professionalism to reign and the welfare of personnel to be given better treatment.

“Our colleague said nothing serious to warrant that harsh penalty. He has been stripped of his rank. This is too harsh. Ghana is for all of us oooh. All of us here support the DropThatChamber campaign. We don’t need a $200million new parliamentary chamber. They should go ahead and try it,” she warned.

Asked why they did not go to the NDC headquarters in their uniforms, the female soldier said on behalf of her colleagues; “We are not afraid of losing our jobs but some of our seniors advised that we do that without uniforms. We have a lot of our seniors backing us. We want the NDC to reinstate Lance Corporal Wassah when they win election next year. The guy has not been treated fairly at all and we are sure justice will be served one day. To jail him straight away is too much. Wassah does not have any previous record of indiscipline in the service.”

Ghanacrusader contacted party bigwigs at the NDC headquarters and most of them refused a taped interview. One of them insisted the issue of the aggrieved soldiers has to be handled “gingerly as it is a sensitive one. The party must protect these young soldiers. So I have advised against any reckless public commentary.”

Lance Corporal Wassah, service number 201766 of 2 Recce squadron in Sunyani was whisked to Accra three weeks ago after he joined the DropThatChamber campaign.

A board of inquiry chaired by the commanding officer of the unit, Lt col WAK Ackah (GH/2927) found him guilty of breaching service rules after his video went viral.

During interrogation, L/Cpl Wassah was defiant and reiterated his earlier stance against the construction of the new chamber. Military sources told Ghanacrusader the young soldier maintained that the $200million can change the lives of many people in the villages and other areas outside Accra.

In the face of massive public outcry and indignation against the new chamber, Parliament announced that it was shelving the idea.

Wed Jul 24 , 2019
Two Gambian soldiers working for a hit squad controlled by former President Yahya Jammeh on Monday admitted to participating in the 2005 execution of 56 West African migrants, including 44 Ghanaians on the orders of Jammeh. Lieutenant Malick Jatta and Corporal Omar A. Jallow revealed to Gambia’s Truth, Reconciliation and […] 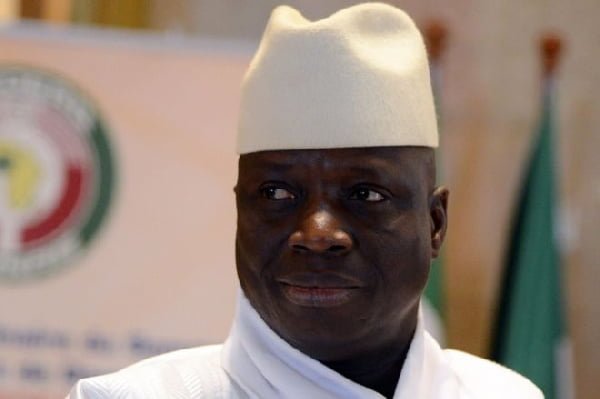