The Inspector General of Police (IGP), Mr David Asante-Apeatu, has appointed commanders for the newly created regions and also made other command postings.

A statement from the police headquarters said the Upper West Regional Police Commander, DCOP Mr Kwadwo Boapea Otchere, would move to the Western North Region as the Commander while DCOP Mr Emmanuel Djan Kyere, currently the Second in Command in the Eastern Region, would head the Bono East Region.

For the North East Region, the Regional Commander is DCOP Mr Albert Nang Baa Denkaabe, who until the new appointment was the Armourer General at the National Police Headquarters.

The Second in Command (2i/c) of the Ashanti Region, DCOP Mr Fredrick Adu Anim, is now the Regional Commander for Greater Accra.

ACP Mr Emmanuel Afriyie Sakyi, the Nima Divisional Commander, has been moved to the Greater Accra Region as 2i/c.

Also affected are ACP Mr Ernest Akrasi K. Mensah of the National Police Training School, Accra, who is now the 2i/c for the Western Region, as ACP Mr Joseph Antwi Gyawu, the Kintampo Divisional Commander, becomes the new 2i/c for the Ahafo Region.

The IGP explained that the movements to the new regions necessitated the transfer of new superior officers to fill the vacant positions created.

He said some divisional commanders had, by the movements, assumed higher roles of Second-in-Commands.

The appointments, he said, were expected considering the fact that the new regions must have their complements of security managers and regional security councils. 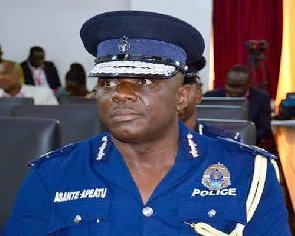 Navrongo UDS Campus  to be named after C.K. Tedam

Sat Jun 22 , 2019
The Navrongo campus of the University for Development Studies (UDS) in the Upper East Region is to be named after the Late Chairman of the Council of Elders of the New Patriotic Party (NPP), C.K. Tedam. Already, processes have been initiated to make the University autonomous and when […] 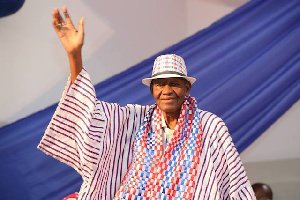