Former President John Dramani Mahama says the reason the National Democratic Congress (NDC) sent more female medical students to Cuba in 2012 was a deliberate move to cater for the needs of women who are usually comfortable with female gynecologists.

John Mahama said the then Atta-Mills government in 2012, decided to select girls from deprived Muslim communities to be trained especially in the area of Gynecology so Muslim women will be at ease while being attended to for their reproductive health.

He noted that the then NDC administration was aware of women, especially Muslims who did not like the idea of the male dominated profession hence the need for the gesture.

Over 200 doctors, drawn from every district, were sent to Cuba under the Atta-Mills administration to be trained as doctors as part of a special level of cooperation 7 years ago.

Under the agreements, the Cuban government was to provide scholarship for all the 250 students who were selected from deprived communities throughout the country and expected to serve those communities on completion.

Former President Mahama, speaking at the Al Sunna Eid Prayers on the occasion of Eid ul Adha at the Efua Sutherland Park in Accra said he was happy the girls who trained as doctors and other health professions are back in the country.

“About six years ago, we got scholarships to send some children to Cuba to go and train as Doctor in the medical professions. There was something significant that we did. When we got the scholarships, we deliberately decided to source girls from the Muslim communities in order that we can go train them as Doctors especially in the area of gyneacology so that when they come back our uslim mothers and our Muslim women who have difficulty when they have to go and consult medically for their reproductive health, they prefer that a female doctor looks after them.” he said.

He however posited that once they are settled, there was the urgent need to strategically place them at health centers in order to efficiently give back to their society.

“When they come back, we need to strategically place them so that our mothers in the Muslim community and others who want consult for their reproductive health can have our sisters who have qualified s doctors be able to look after them.”

The NDC flagbearer, addressing the crowd, assured the Muslim fraternity, especially the females that their woes are over when it comes to their reproductive health.

Meanwhile, he urged the celebrants to continue to pray for a peaceful country adding that that Ghana is known for peace hence “authorities must be up and doing to ensure maximum security for Ghanaians.” 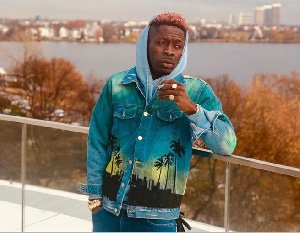