Salary For Local Players A Sign Of Slavery- Papa Arko 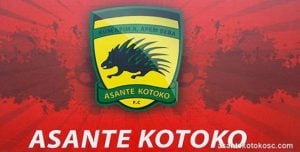 The United States-based Papa Arko, advised club owners to pay players good salaries to meet the standards of the profession, as he expressed worry over meagre salaries of footballers in the country, making football a profession of ‘slavery’ in Ghana.

He urged the media to play a pivotal role in promoting and urging clubs on the need to pay their players lucrative salaries that will not only better their standards of living, but to also keep the best talent in the country.

“One thing you (the media) should also address massively is player salaries”, Papa Arko noted, speaking to FOX 97.9 FM in Kumasi.

“Now Ghana football is slavery, it’s bad, if you look at the salary paid to the players it’s a big worry”, he complained.

Players who play in the elite division are mostly eager to move abroad to seek greener pastures without taking into account the standard of the game in such countries.

This is mostly due to poor salary structure across the various divisions of Ghana football, but the 1983 continental trophy winner believes this can be prevented by paying the players well in the domestic league.

“If we are able to solve that (low salary) problem that is what will help us reduce player exodus and maintain our best players”, he advised.

He was noted in his decorated career with the Porcupine warriors in the 80s as he captained Asante Kotoko’s side that beat Egyptian giants Al Ahly over a two-legged final encounter to clinch the 1983 Africa CLUBS of Champion Cup (now CAF Champions League), thanks to a 22′ minute sole strike from future club CEO, Samuel Opoku Nti in Kumasi.