The discovery of human body parts believed to be those of the three Takoradi missing girls has dominated headlines since the news broke on Friday, August 2, 2019. The sighting and exhumation of these bodies follow months of waiting by the girls’ families and Ghanaians in general for their safe return. Since the news came up on Friday night, there have been a lot of varying reports and angles to the matter and makes it difficult for one to follow. YEN.com.gh has put together a list of the facts that have been made public since the bodies were found. This should make it easier for one to understand.

Photos from the grounds also reveal that the police had the support of personnel from the Ghana Prisons Service and the Ghana National Fire Service. 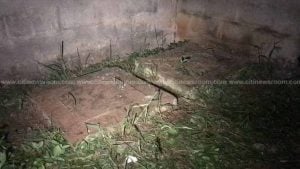 Takoradi missing girls: Photos show how the three bodies were found and exhumed 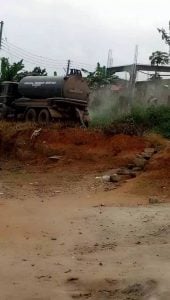 Takoradi missing girls: Photos show how the three bodies were found and exhumed
2. Where the bodies were retrieved from: As earlier reported by YEN.com.gh the human parts were retrieved from a septic tank at a house located at Kansawurodo, a suburb of Takoradi. The said house was the same place was where the main suspect in the kidnapping case, Samuel Udeotuk-Wills, lived before his arrest. He is said to have led the officers to the location.

This will help determine which of the parts belong together and even establish whether skeletons were that of the three missing girls.

This will help determine which of the parts belong together and even establish whether skeletons were that of the three missing girls.

As widely reported, the three girls were all kidnapped around the Takoradi metropolis within a space of four months. Priscilla Blessing Bentum, 21, a third-year student of the University of Education, Winneba, was kidnapped at Kansawurodo on August 17, 2018. She was followed almost four months later by Ruth Love Quayson, 18, a senior high school (SHS) graduate, who got abducted at Butumegyabu Junction on December 4, 2018. A little over two weeks after the second kidnapping, Priscilla Mantebea Koranchie, 15, a student of Sekondi College (SEKCO), was also kidnapped near the Nkroful Junction in Takoradi on December 21, 2018. 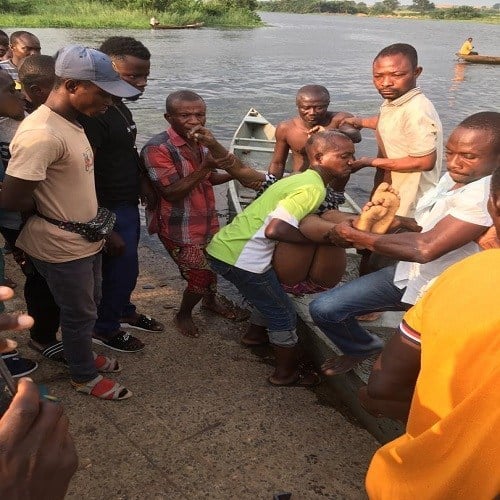