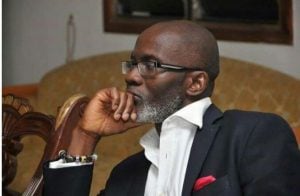 She said instead of the leading member of the New Patriotic Party (NPP) criticising the movie industry, he should support it to grow.

“I took my time to watch randomly ten Ghanaian movies and never felt so disappointed. It brought home to me one major deficiency in our development. The apparent lack of deliberate consciousness on the part of the creative industry in the development conversation. The presence of the creative industry appears at best peripheral in Ghana’s development narrative. Our movies, our songs, our arts, by and large, do not impactfully plug into a greater development agenda. Hollywood, for the best part of a century, has been deliberately used by America to push successfully American cultural “supremacy” agenda; it has been used as an effective instrument of military or economic indoctrination. But, what has been the underlying consciousness behind our creative industry, if any?” he said in the post.

Mr Octhere-Darko added that “What role, for instance, can actors in the creative industry play to define and realize this whole important concept of moving Ghana Beyond Aid? We must elevate consciousness in Ghana if we are serious about winning.”
His post didn’t go down well with some industry persons notably Yvonne Nelson, Lydia Forson and Adjetey Anang.

Commenting on the issue in an interview with Selly Galley on The Premiers on Joy Prime, Akofa Edjeani Asiedu agreed with the comments Gabby made to some extent, but didn’t expect how the politician approached the issue.
“In a way he is right but I don’t expect that coming from him,” she said.

“I would rather wish he had called the industry players to a meeting and say hey, I’ve noticed that the developmental conversation is not going on. How do we help? What can we do? What is the problem? And then you take it from there. But if you put it like that on your Facebook without any suggestion and without knowing ha the problems are,” the actress said.
Akofa also mentioned that “We’ve been advocating for 20 years and I’ve been part of that advocacy. We’ve been advocating that we have a vibrant film industry over the years what has happened? We spoke and spoke and lobbied here and there until they gave us the creative arts ministry because we didn’t have that. We still don’t have the operationalize the national film authority that we’ve been advocating for over the years.”

“If we had a film board, some of these things will be channelled through them because the domains are a lot and he’s talking about creative arts, creative arts is too broad, but if he’s limiting it to the film sector fine…but I’m saying, my dear Gabby, what have you done?” she asked.

She also mentioned that Ghanaians should not be compared to the US because their industry is receiving a lot of support. 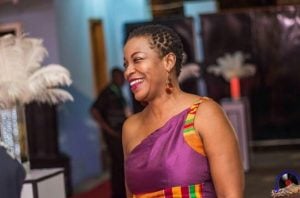 “It’s unfair that he will compare us to Hollywood. It is a deliberate thing that they do to lord it over the world that they are the best, and those things are not done by independent producers with monies from their pocket, these are the studio, the people the government because it is an agenda that they are projecting so they put their money where their mouth is…so my dear Gabby put your money where your mouth is,” Akofa stressed.
She concluded that “let government put in money if you are talking about that kind of patriotic film it is commissioned, you set aside funding and I bet you there are so many producers and writers who can produce the films.

Fri Nov 2 , 2018
A Nigerian man has bought himself a sex doll to celebrate his birthday. The man is reported to be a controversial figure in Nigerian known as Pretty Mike and owns a club in the country. He shared the video of himself cuddling the infamous sex doll which he says he […]