Information that Malawi24 has indicates that Prophet Justice Hara of the Ambassadors for Christ Ministries who was attacked in the week was not attacked by thugs aiming for is money or life but hired bandits who wanted to teach him a lesson.

According to our sources, Hara was attacked and violently beaten along the Likuni-Mchinji road on the evening of around 6 pm before they drove him and abandoned him along the Mchinji road.

The sources say that the man of God who claims to see the future but missed his own fate was attacked by a group of young men that were armed with pangas. Apart from giving him a good beating, the men also stole from him everything they could steal that included money and phones.

While the fate of the Prophet’s case has been reported as a case of robbery, Malawi24 has uncovered new reports that suggest that it was not a robbery but a case of revenge from a man whose wife the man of God has been bonking.

“Robbers would not have driven him and abandon him with the car, they would have taken it and killed him,” said our source when Malaawi24 found his tale difficult to believe.

The source then declared that a man whose identity we cannot reveal yet hired thugs to teach the Prophet a lesson on bonking other people’s wife.

“His aim was not to kill but to teach a lesson the hard way,” said the source.

It has since been reported that at the centre of the issue are nude photos of a young woman the Prophet is accused of taking after having a wonderful moment with the woman. It is said that when the photos leaked the woman pointed at the Prophet as the one who had leaked them and her boyfriend was infuriated.

Prophet Hara joins the rank of self acclaimed major Prophet Shepherd Bushiri who was accused of fathering a child with a young lady he was supposed to help in prayer. 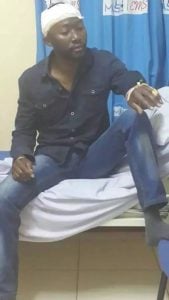 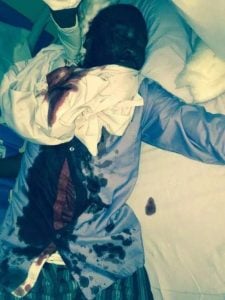 Mother 'kept her two-year-old daughter's body in her car for three days' after her boyfriend 'sexually assaulted her, beat her with a belt until she was unconscious and then tried to use a hairdryer to warm her up'

Sun Nov 4 , 2018
Tiaundra Christon, 21, and her boyfriend Kenny Hewett, 32, allegedly beat Hazana Anderson, two, with a belt on October 19 After realizing she was unconscious, they tried to revive her in a cold water bath Christon claims it was while removing the toddler’s clothes that she saw signs of sexual […] 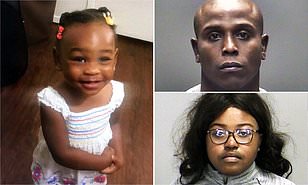