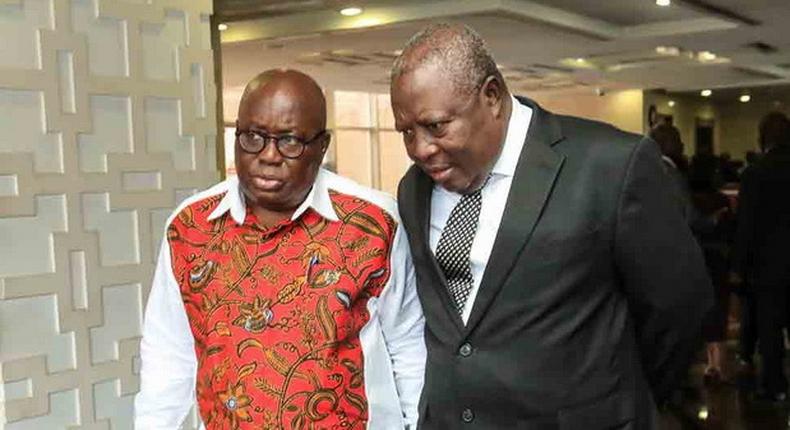 He believes that Nana Addo sacrificially let Adu Boahen go in favour of political gain, and that Adu Boahen should have been fired in 2018.

He claimed if the President was sincere about his fight against corruption, Adu Boahen would not have been appointed from Deputy Minister in the first term to Minister of State during the second term of Nana Addo.

He claims that President Obama “chose to sacrifice Adu Boahen for political expediency” because he was “already under pressure from renegade members of his majority caucus to remove Adu Boahen from office for the economic mess generated by the President’s handling of the country.”

To hear Amidu tell it, Adu Boahen’s dismissal was due to actions he took in 2018.

Charles Adu Boahen’s appointment as Deputy Minister for Finance in the 7th Parliament and government of the Fourth Republic, whose term expired on 6 January 2021, was cancelled on 14 November 2022, he said, because of “the alleged suspected corruption charge.”

“Kennedy Agyapong, who had received a copy of the recording, did not keep the government in the dark about the probable wrongdoing that occurred on February 8, 2018. Not withstanding, Adu Boahen was compensated for his time spent working for that government by receiving his end-of-service benefits “That, he was quick to emphasise.

The president, he claimed, was aware of Anas’s documentary but nevertheless nominated him for a cabinet position despite this.

In January 2021, the 8th Parliament and the government of the Fourth Republic would be sworn in, and Amidu announced that Charles Adu Boahen had been nominated by the president to serve as Minister of State in the Ministry of Finance.

Charles Adu Boahen claims in the Anas exposé that Vice President Dr. Mahamudu Bawumia may be bought off with an appearance fee of $200,000 and a few posts in the company he plans to start in Ghana for his siblings.

Anas revealed in a Facebook post that he and his Tiger Eye PI team met with the Minister of State in charge of Finance in the United Arab Emirates, UAE, and that the Vice President agreed to meet with the undercover investigators who posed as investors for an appearance fee of only $200,000. This was just a few hours before the premiere of Anas’s latest undercover exposé.

“What, like, for things like appearance fees and such? To show your gratitude and admiration to the Vice President, it would be OK to gift him a small amount, say $200,000 USD. Just kidding, he’s not actually that way. In 2020, he need only worry about his campaign finances “When asked how a businessman can grab the ear of the Vice President, Charles Adu Boahen made the following remark.

In addition to the $200,000 appearance fee paid to him, he said, an investor must also consider opportunities for the siblings of the Vice President to have his full support.

Mon Nov 28 , 2022
The minority in Parliament is calling for a reexamination of several of the budget’s revenue mobilisation strategies, such as the elimination of the E-daily Levy’s minimum threshold exemption and a further lowering of the rate to 5%.   Minority leader Haruna Iddrisu warned that the decision to freeze public sector […]