The chief who is a suspect in the murder of Mankessim has not passed away, according to the Ghana Police Service. 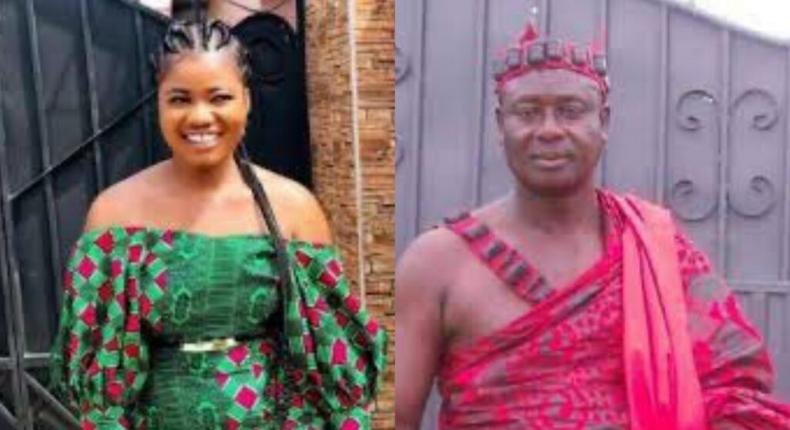 In a statement by the Police, it said the suspect is well and in their custody.

The chief arrested in connection with the murder of a potential student nurse at Mankessim has not passed away, according to media reports, the police declared.

“We ask the general public to consider the report with the scorn it merits. The chief and his accomplice are still in police prison and will appear in court on October 4, 2022, as ordered by the court.

The chief, also known as the Tufuhen of Ekumfi Akwakrom in the Central Region, was apprehended earlier in the week at his hiding place in the Akwa Krom neighbourhood of the Ekumfi District.

This occurred after a clergyman admitted to aiding in the woman’s kidnapping, murder, and covert burial.

The pastor and police detectives exhumed Georgina Asor Botchwey’s body on Tuesday in the residence of Nana Clark Onyaa, the chief and Tufuhen of Ekumfi Akwakrom.

Sources claim that the chief, who serves as the Mankessim Traders Association president, and his accomplice abducted the nurse after having s3x with her.

She was later murdered and interred in one of the chief’s apartments.

After being detained at Cape Coast, the priest confessed to the crime.

The victim’s body was then exhumed at the chief’s apartment, where he then led the police.

According to reports, the victim’s body was buried about three weeks ago. The victim’s luggage, shoes, and other belongings were also discovered at the chief’s home together with the body.

Nana Clark Onyaa was detained by the Mankessim District Police Command and then sent to the Regional Police Command in Cape Coast to help with the investigation.

Here are some reasons why American business people are eager to enter the Tanzanian market.

Wed Sep 28 , 2022
Big businesses from the United States are showing interest in outfitting Tanzania with their enterprises. President Samia Suluhu Hassan and Donald Wright These American firms have made up their minds to expand their operations in this East African market because they believe the area is suitable for doing business. A […]