A defeated former Member of Parliament (MP) for Tain Constituency in the Bono East Region, Hon Kwasi Agyemang Gyan Tutu has announced his decision to contest as an independent parliamentary candidate.

Posters of the candidate have already started flooding the area barely a week after the National Democratic Congress (NDC) Parliamentary Primaries in the area in which he lost to one Sulemena Adama.

The former MP polled 507 votes representing 47.34% as against the winner who polled 564 votes representing 52.66% but he is accusing some unseen hands within the party of orchestrating his defeat and is therefore contesting as an independent candidate.

Sources close to him, revealed to mynewgh that the embittered former lawmaker believes General Secretary of the NDC, Mr. Johnson Asiedu Nketia sponsored a candidate against him and masterminded his defeat.

This comes barely a day after another failed Parliamentary aspirant of the NDC in the Ashaiman Constituency of the Greater Accra Region also announced his decision to go independent.

Dr. Segbene Xenodzi was on August 19, 2019 prevented from filing his nomination papers to contest the incumbent Member of Parliament (MP) for the area Ernest Henry Norgbey.

According to him, he and his members moved to the NDC Constituency Office at 2pm on August 19, 2019 and stayed there till about 3:40pm and met an empty office with no one around to receive his nomination forms.

Meanwhile the Party had given up to 5pm for filing and nobody is at the office.

They then moved to the Party Chairman’s Office where it was revealed that the nominations forms had expired, hence Segbene cannot be allowed to file.

Christians have made the church a boring place – Eastwood Anaba

Thu Aug 29 , 2019
General Overseer of the Fountain Gate Chapel, Rev Eastwood Anaba has established that Christians have turned church into an unexciting place. According to him, believers have lost their spark which currently stands as a great problem. Speaking on the topic ‘Wisdom from the unclean spirit’ at the just […] 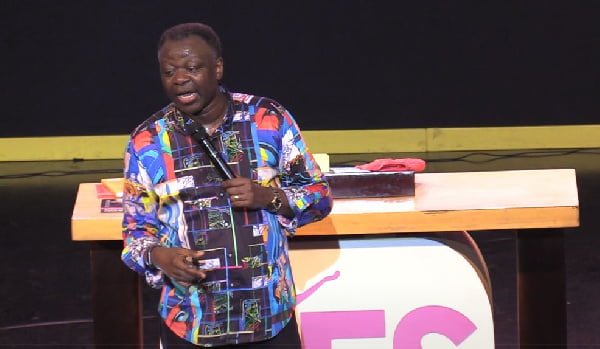