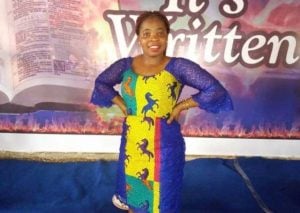 A pastor is in the grips of the Kwame Nkrumah University of Science and Technology (KNUST) District Police Headquarters for abandoning the body of an adopted house help at Ayigya Zongo, a suburb of Kumasi.

The head pastor of Spirit of Truth Ministry, Bishop Kingsley Harrison is reported to have brought the remains of Doreen Ativor, 26, on Wednesday and left the body after the family of the lady threaten to beat him up.

Relatives of the deceased said, Mr Harrison whose church has branches in Accra and Kumasi, sought the services of the deceased at the age of ten, after the death of her father who attended the same church. She has since been in his care until she passed away four months ago.

The family resident in Kumasi told Luv FM’s Kwesi Debrah that the pastor told them about the death of Ativor after she lost a long battle with asthma.

According to them, they requested that he hands the body over to them to handle her funeral and burial rites but they claim Bishop Harrison refused.

But Bishop Harrison said he has not done any wrong.

“Since I adopted the little girl, I have never seen any member of her father’s family which is now demanding the body. I only know the mother and her other siblings who used to come to the church. 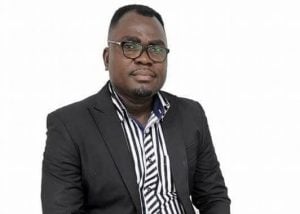 “Ativor had been battling with asthma for close to two years and we have been to several hospitals and offered prayers to no success until she eventually passed on,” he said.

According to him, since he did not know the whereabouts of her father’s family he informed the mother of the deceased to inform the rest of the family.

Bishop Harrison said the mother told him the family refused to show up to discuss how they will bury Ativor so he sent elders to them to officially inform.

“All the four times the elders went to see the family in Kumasi, they were sacked from the family home. I could not wait any longer since the body has been in the morgue at Lashibi for 109 days and I was incurring a lot of expenses.

“Eventually they agreed to come so we bury the girl and I started making the necessary funeral arrangement in Tema only to be informed later that they have boycotted the funeral demanding the body on August 15,” he said.

He said he only got to Ayigya on Wednesday dawn to hand the body over to the family when they came out shouting and threatening him to leave with the body or they will beat him up.

The police were called in to arrest Bishop Harrison. The body has been deposited at the Komfo Anokye Teaching Hospital morgue as an investigation is carried out.

Thu Aug 16 , 2018
The 48-year-old singer shared a photo of herself alongside her 7-year-old on Instagram Wednesday captioned, “Pose like Mommy!” In the photo, Carey and Monroe can be seen smiling with their right legs up and pointed as they lean against the side of the yacht. Little Monroe was dressed for water […] 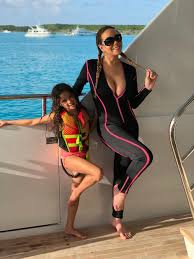