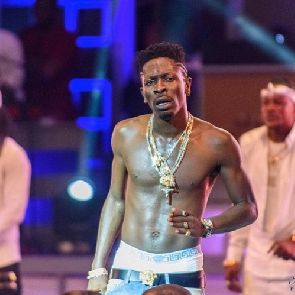 Head Pastor of Paradise Way Chapel International, Reverend Sunshine Adam has dared dancehall artiste, Shatta Wala born Charles Nii Armah Mensah to burn down any church as he is reported to have said.

The pastor promised he will show Shatta Wale the power of worshiping a true God if he dares go-ahead to engage in such an act.
According to Rev Sunshine, it would have been better if Shatta didn’t mention the likes of Bishop Duncan Williams, Mensah Otabil and Obimim as the only upright Men of God in the country.

“What I know about Duncan Williams, if Shatta Wala has any idea about it, he wouldn’t have mentioned his name, Duncan Williams has more skeletons in his closet for us to talk about” he claimed.

He said the movement for Christ is more a blessing, powerful and rewarding that the so-called Shatta Movement headed by the musician.

“Let Shatta Wale and his group of people dare attack any Church or man of God and I will personally show him how powerful the Lord is”, Sunshine fumed.

Reverent Sunshine Adam went further to issue a strong warning to Shatta Wale that if he dares burn any church before December as he claimed to do, the Christian youth will respond before December.

“Jesus movement is more powerful and mighty than any movement on earth including the so-called Shatta Movement”.

The man of God added that because the likes of Obinim cannot read and write hence cannot express themselves, he Sunshine can read and write, hence his response to Shatta Wale is nonsense and disrespect to the Christian faith.

Ebony died because she accomplished her purpose — Bullet