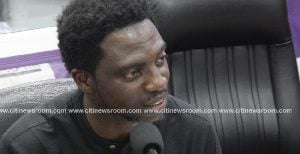 In the charge sheet, NAM1 is accused of defrauded one Francis Agodzie and 16,000 others of more than GHS1.68 billion.

However, the Director of Communication of Menzgold, Nii Armah Amartefio, told Benjamin Akakpo on Class91.3FM’s Executive Breakfast Show on Friday, 12 July 2019 that the firm “is not in a position to doubt” what the website has quoted, but will nonetheless go with the figures released by Finance Minister Ken Ofori-Atta.

Mr Amarteifio said after Mr Ofori-Atta met with some aggrieved military customers of Menzgold who had presented a petition to him over their locked-up funds, the Finance Minister “made it clear to them that per the books that they have seen so far, the amount we [Menzgold] are owing amounted to GHS200 million; that is about $40 million and I have checked with my boss, he has confirmed that to me”.

He said the company is focused on paying the principals of its customers after winning a Dubai case in which the Gulf state ordered Horizon Diamonds to pay NAM1 some $39 million for gold supplied by Menzgold.

“We need to pay our customers and whatever we need to do we are going to do and that is what we are doing,” he assured the investors.

He, however, fell short of giving any timelines for the payment but insisted that: “We have an obligation to pay all our customers”.

Mr Amarteifio added that there are several other companies indebted to Menzgold and if the company succeeds in retrieving all those locked-up funds, the payment of the principals of all Menzgold clients will not be an issue.

Meanwhile, NAM1 has been charged by the police and remanded into police custody to reappear in the Accra Circuit Court on 26 July 2019 after his arrival in Ghana.

He is facing charges of defrauding by false pretence and two counts of abetment to carry out a banking business without a licence contrary to Section 6 (1) of the Banks and Specialised Deposit-taking Institutions Act, 2016 (Act 930).

His Brew Marketing Consult and Menzgold Ghana Limited have also been slapped with charges of defrauding by false pretence contrary to sections 20 (1) and 13 (1) of the Criminal Offences Act, 1960 (Act 29).

The remand was granted by the court upon the request of the police in order for them to complete investigations into the case in two weeks.

He was arraigned today, Friday, 12 July 2019 after spending the night in the custody of the Criminal Investigations Department (CID) of the Ghana Police Service following his arrival in Ghana on Thursday.

The young Ghanaian businessman had been in the custody of Dubai authorities since December last year. He was arrested during his sojourn to the Emirates to collect some hefty amount owed his company by a businessman there.

NAM1, who is being sought after by both his thousands of aggrieved clients whose investments have been locked up with the company since August last year; as well as the government of Ghana, won two court cases against his rival businessman while in Dubai.

An Interpol red alert has been on NAM1’s head for several months since his detention in Dubai.

The Supreme Court of Dubai recently upheld a victory of the businessman in a lower court which ordered his Emirati businessman rival to pay the Ghanaian some $39 million and compensation.