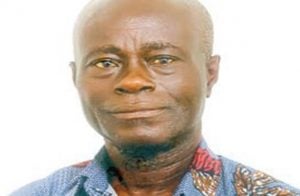 The Central Regional Chairman of ruling New Patriotic Party (NPP), Mr. Robert Kingsford Kutin Jnr is said to be owing the National Investment Bank (NIB) a whopping amount of about Forty Million Ghana Cedis (GH¢40 million) but has refused to make payment even after the bank has secured a court judgment against him since November 2016.

Mr. Kutin Jnr who is currently the Board Chairman of the Ghana Maritime Authority doubles as the Chairman of Allship Logistics Ltd, a business he used to secure a loan facility from the National Investment Bank in 2014 but defaulted to repay that facility granted him.

The bank in its quest to recover billions of cedis owed it by its customers, instituted a legal action against Mr. Kutin Jnr, his company – Allships Logistics Ltd and one other. The bank successfully obtained a judgment on November 14, 2016.

Awake News sources within the bank said it was revealed during cross examination in court that the said amount was misappropriated, making it difficult for the company and its CEO to re-pay the facility– one of such cases leading to the inability of the bank to meet the minimum capital requirement by Bank of Ghana hence on the verge of collapse.

GAT’s intervention
Mr. Kutin Jnr’s debt alone makes about 1/10 of what the Ghana Amalgamated Trust Limited (GAT) Limited used in supporting to recapitalize the bank in order for it to meet Bank of Ghana’s GH¢400 million capital requirement.

Cover-up
Deep throat sources within the bank told Awake News the bank through its lawyers are finding it very difficult to re-collect the money from Mr. Kutin Jnr as the judgment was obtained less than two months when the NPP came into power.

To further bury the debt, it was alleged that Mr. Robert Kutin Jnr lobbied for the position of the Managing Director of the bank to cover his deals for the fear of public ridicule but was met with tough opposition within the NPP who are privy to his indebtedness to the bank raising an issue of conflict of interest. Mr. Kutin Jnr is alleged to have since been using government machinery to unsure the debt owed the bank is not re-paid.

Writ of Fifa
The bank, resolute to retrieve the money, on March 18, 2019 filed “Praecipe for Writ of Fifa” to enable it execute the November 14, 2016 judgment.
Assets of the Mr. Kutin Jnr and his company including six (6) landed properties, one commercial property in Cape Coast all movable properties including trucks, motor vehicles, machinery and equipment were all listed to be sold.

Sources within the bank said though the listed properties, if sold, will not be able to pay for the entire debt owed the bank, the items are yet to be sold as Mr. Kutin Jnr continue to use government machinery to frustrate the bank.

The inability of all the assets of the CEO and the company to offset the said amount has brought shivering and panic withdrawals from the customers who are close relations to some staffs of the bank after they have hinted the financial tsunami that is about to hit the bank. Upon this red alert, shareholders of the bank are said to have embarked on a wild goose chase on all debtors of the bank especially for the case of Mr. Robert Kutin Jnr.

Appointment of New MD of NIB

If readers can recall, in March this year, concerns were raised by shareholders of the National Investment Bank and the Ghana Amalgamated Trust (GAT) over how the bank was been managed.

This led to shareholders and GAT asking the then Managing Director, Dr. John Kweku Asamoah to step aside.

The issues was reported on myjoyonline.com as “Sources at the bank say the shareholders together with GAT wanted to take steps to assure persons who are investing in GAT corporate bond that they are also taking measures to put NIB on a strong footing, following issues with its financials and certain decisions taken by the board and management of the bank”

“However, persons close to the current Managing Director, Dr John Kweku Asamoah have rejected arguments that the bank was mismanaged under their leadership” – the report added

Changes at NIB Board
It was also reported that an economist and the finance ministry’s representative on the board, Michael Ayesu was appointed as acting Board Chairman following the decision by the then Board Chairman, Togbe Afede XIV to resign from the board.

“He has been traveling around the world in First class, recently acquired a brand new V8 Toyota Land Cruiser, Toyota Prado and a Mercedes S 550 customized worth $ 250,000.00” – the Source said on condition of anonymity 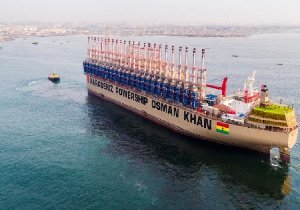