There is going to be a ministerial reshuffle in the Akufo-Addo led government in the coming days; veep, Dr Alhaji Mahamudu Bawumia has hinted.

According to Dr Bawumia, a report from the Minister of Monitoring and Evaluation on the performance of the ministers is currently being scrutinised and Ministers with red colour coding at the end of the exercise may be victims of a reshuffle.

The work of the Monitoring and Evaluation Minister, Dr Bawumia suggested, is to ensure that all appointees in the Akufo-Addo led administration are kept on their toes to deliver their expected outcomes.

The outcome of the assessment, the Vice President averred, will determine the fate of some ministers who may be deemed to be under-performing or unable to attain their targets.

“The Ministry’s annual colour coded progress report to Cabinet is studied with keen interest. The Minister of Monitoring and Evaluation sometimes is not keenly admired in cabinet when he puts a red under one of your programmes and basically the colour coding allows us in cabinet to know how well we are doing. If he evaluates you and gives you a green for a project, it means you are doing well and we are on track. If it is amber, it means we are not doing as well as we should but if it is red, then you may be looking for a potential reshuffling,” Vice-President Bawumia announced.

Dr Bawumia made these remarks when he delivered the keynote address at the Evidence to Action Conference and Exhibition 2019 which is being held at the University of Ghana and organised by the International Centre for Evaluation and Development on the theme, “Responsibility and Accountability: Strengthening Evidence Generation and use in Support of Policy Reform and Development Agenda.”

In his remarks at the 4-day event jointly hosted by the Ministry of Monitoring and Evaluation and the Institute of Statistical Studies and Economic Research (ISSER), Dr Anthony Akoto Osei, Monitoring and Evaluation Minister clarified that his work ends when he submits the performance report to the Presidency and has no say in who is sacked or retained by the President.

The Monitoring and Evaluation Minister mentioned, “Let me correct a public impression that when ministers are fired, it is me. It is not true. The President himself does his own evaluation including myself. So, when you hear that people are being changed, don’t take it that it is because of the work I have done.”

Dr Mahamudu Bawumia told the gathering that the use of Monitoring and Evaluation Minister’s report to take crucial decisions is evidence of the realisation that research is essential for the smooth running of the government.

He observed that there is a growing trend across African continent where policies and initiatives of governments are influenced largely by data and research.

In addition to the performance reports conducted by the Monitoring and Evaluation Ministry, Dr Bawumia disclosed that the Ministry has also developed a framework to track the budgetary allocations to various Ministries for the implementation of their programmes.

To a large extent, the Vice President asserted, this has reduced the tendency of Ministers blaming their inability to perform on the lack of resources or delay in release of funds by the appropriate authorities.

“Good leadership, the development of policies and practices in Africa guided by research and evaluation findings is what is needed to transform the lives and livelihood of our people. The recently introduced quarterly implementation progress reports that track budget releases are helping to accelerate the implementation of our priority projects because many a time when you look at the red marks, you say what is happening, the Minister will say they haven’t given me the money, they budget hasn’t been released for this project. Now we are saying, do not only track the progress (of the project) but also track the releases so that we can marry the two and make sure the resources are available to execute the specific project” Dr Bawumia explained. 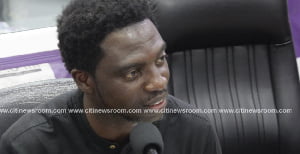