No Cheers for Creative Arts and Culture in 2020 Budget 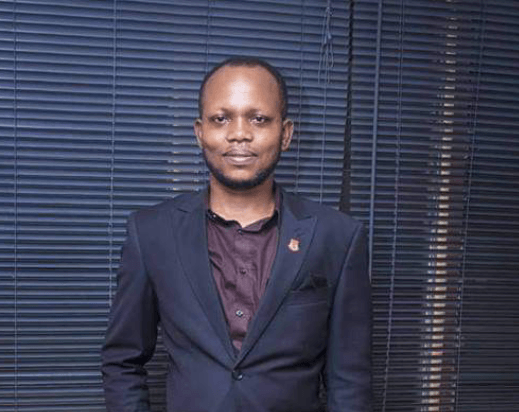 No Cheers for Creative Arts and Culture in 2020 Budget

Ghana’s governments continue to toy with the demands of the creative arts stakeholders. The lack of support for the arts have historically open the caskets of governments’ hypocrisy. Lack of support for the arts and culture is a reason for fury and distress. Despite unbridled enthusiasms publicized by creatives through workshops, lectures, demonstrations and appeals to government, the industry keeps on breaking rock, shifting rock. The creative industry encompasses performing arts, visual arts, motion picture, museums, photography, fashion design, publishing, and more. A creative economy is vital for keeping cultural significance alive – it maintains cultural identity and shares that identity via tourism projects. Despite its economic giants, Ghana’s creative economy stays the most underappreciated economic driver in the country. This categorical assertion is buttressed by the recent Akufo-Addo-led government’s Budget Statement and Economic Policy for 2020 presented by the Finance Minister, Hon. Ken Ofori Atta. The somewhat “Nkosuo ne nkabom” budget woefully failed to put broad smiles on the faces of the creatives. There is no reason to be cheerful!


As governments budgets continues to leave the creative arts out in the cold, as more talented and brilliant creatives are becoming wasting asset, as creative producers and directors find it cumbersome in securing credit facility for their productions, as more graduates churned out from the School of Performing Arts (Legon), University of Cape Coast’s Theatre and Film Studies Department, University of Education’s School of Creative Arts, KNUST’s Centre for Cultural and African Studies, NAFTI, and more, continually wallow in a labyrinthine maze of unemployment amidst hopelessness future painted in their faces, how can the creatives have cheers? Governments continue to dole out terrifying amount of dollars to the sports sector, and neglect the creative arts. Even sad, government’s budget allocation for the Ministry of Tourism, Arts and Culture only details tourism projects and completely ignores the creative arts and culture.
It is increasingly worrying that uninformed Ghanaians and authorities have packaged the creative arts industry as fantasy and selling it as reality. Spending on the arts makes big money. So why pay lip service to the creative economy?
Fantasy: The creative industry is for school dropouts and nonentities.
Reality: Despite having low barrier to entry, the country has produced internationally acclaimed and award-winning actors, producers, managers, directors, writers, who are graduates and professionally trained. Shining examples are David Dontoh, Shirley Frimpong Manso, Okyeame Kwame, Adjetey Anang, Lydia Forson, Nadia Buari, and many more. I have endlessly found myself in rooms of men and women who have studied the arts at least at the postgraduate level, too. However, the lack of government support, poor infrastructure and incentives have made them jettisoned the industry for white collar jobs. Some creatives are now top bankers, politicians, and clergymen. The multi-billion dollar question, however, should be, where are the graduates produced by the aforementioned institutions since the 1960s?

Fantasy: The creative industry does not employ more and generate enough revenue as compared to education, agricultural, healthcare, and other buttoned-up industry.
Reality: The creative industry, regardless of authorities and popular misconceptions, researchers and experts agree on one thing: it’s one of the world’s most rapidly growing economic sectors. That is, it employs more people, generates more revenue. For example, Chief Moomen’s popular Wogbe J3k3 theatre series employed a little over 200 people for a single production. James Ebo Whyte and his Roverman Productions quarterly shows at the National Theatre employs almost 150 creative personnel for a single production. In staging a theatrical production or a musical concert, one would have to buy materials and logistics such as scenery, costume, lights, props, sound, and many others. Simultaneously, creatives such as actors, dancers, musicians, designers, marketers, lawyers and many more are hired. This creates employment opportunities and generate income for others much higher than the white-collar jobs. It also provides revenue to the government through taxation. Any argument? The statistical data provided below buttress this assertion. Attending performances also generate economic activities such as the use of public transport, buying food, paraphernalia and tickets, just to mention a few. This is the reason New York City and East End, London have allocations for the creative arts to help in the creation of additional employment opportunities and revenue generations. They have the interest of the sector at heart, but our government is rather short-sighted!
As creatives, we continue to wonder whether the significance of the arts and culture in national development flickered the minds of the budget committee and impressed upon by the Cabinet. It must be stated categorically that, government is not killing the artists. Rather, they are killing our cultural heritage. And if it continues this way, we lose our sense of humanity and nationality. This is not cause for despair, though it sounds apocalyptic. The apathy toward the art must change for our own good. Culture is what defines us as a people. Historical actualities attest that the tip of the spear that gored despotism was laced with the arts. Vladimir Visotsky, a Russian actor, songwriter and poet, with his artistic voice and cult following played indispensable role in bringing down the Soviet Union in 1991. Additionally, South Africa’s most celebrated playwright, Athol Fugard’s world-influencing and power-challenging plays such as Sizwe Banzi is Dead, followed similar pattern during the apartheid-era. Without art, the world would be bland, boring and underdeveloped. Only life under Taliban hegemony is untouched by the arts – drama, film, dance, painting or storytelling. By the time we are dead and gone, only culture and arts will be left. An excursion to the Manhyia Palace Museum will attest to this fact. So why is government kill the arts?
The socio-cultural benefits of the arts can never be undervalued. According to the European Union, the sector provides 29.5 million jobs globally, and with a global revenue of $2,250 billion exceeding the Telecom services. The US Bureau of Economic Analysis and the National Endowment for the Arts confirm that the arts contribute $763.6 billion to the US economy more than agriculture, transportation, and warehousing. The statistics further indicate the arts employ 4.9 million workers across the country with annual earnings of $370 billion. Additionally to the US economy, the arts exported $20 billion more than imported. Similarly, according to UK’s Department for Digital, Media, Culture and Sport, the creative economy grew at twice the rate of the economy, contributing £85billion to GDP in 2015.
Keeping themselves abreast with the creative industry giants in America and Europe, certain African countries are displaying resilient commitment toward this sector. Shining examples are Nigeria, Tanzania, South Africa, and Kenya. In the case of South Africa in 2014, the country executed its first cultural and creative mapping study. The research indicated that the creative industry have created between 162,809 and 192,410 jobs, proportionally representing 1.08% to 1.28% of employment in the country, contributing to 2.9% to GDP. In Nigeria, the creative industry is the second highest earner to GDP, closely tracking agriculture. In the year 2016, the creative economy contributed N239 billion, representing 2.3% to GDP. As part of the country’s radical measures to wean itself from oil earnings, successive governments continue to invest in the sector to boost the economy. For instance, in 2015, then President Goodluck Jonathan government signed a memorandum with the Bank of Industry (BoI) to develop a special product called “BoI NollyFund” under which Nigeria’s movie producers who provides a qualitative proposals, commercially viable scripts and demonstrate a track record of successful movie productions are given financial support. An initial amount of $200 million was committed to that effect. The Nigerian movie industry, commonly known as Nollywood produces about 50 movies per week. This feat is more than US’s Hollywood and second only to India’s Bollywood! A study by BBC indicates that Nollywood creates 1million jobs annually, with an impressive estimated revenue of $590 million. It is significant to note that the statistics given is exclusive to other Nigerian creative sectors such as dance, visual arts, fashion; and music industry, which according to PricewaterhouseCoopers is expected to raise revenue of $88million in 2019.
According to the reputable intentional accounting and auditing firm, Ghana’s entertainment and multimedia outlook is expected to reach $1.5 billion in 2022. The data clearly shows that the country can match up to the standards of Nigeria, South Africa, Kenya and Tanzania. Unfortunately, here in Ghana, as the creatives endeavour to sturdy the waters with little efforts, governments continue to watch us with our billowing sails. As promised once again the promulgation of the Creative Arts Bill by the government, believers, let us hope Cabinet will reconsider their unapologetic stance and provide financial allocation for the development of the creative economy in Ghana.

APPROVED BY THE OFFICE OF THE GENERAL SECRETARY,KuYA