The Media Foundation for West Africa (MFWA) says the National Media Commission’s ruling on the government’s dispute with Joy News over the airing of a documentary which exposed the existence of a militia group at the Christiansborg Castle in Osu is confusing.

The NMC ruled that the Joy News documentary on the presence of D-Eye group at the Christiansborg Castle was in the public interest but cites aspects as sensational.

In March this year, the government filed a complaint at the commission against Joy News demanding a retraction and an apology.

The Commission did not grant the reliefs.

It, however, said a background to the documentary citing the activities of so-called vigilante groups in the country made portions of the story misleading.

The 30-minute piece described how the spectre of violent vigilantism nearly marred the Ayawaso Wuogon by-election.

But the NMC says because the D-Eye Group was not responsible for the disturbances there, it was wrong to have included it in the documentary.

The NMC maintained, however, that it “finds the presence in the Castle of the D-Eye Group problematic and unacceptable.”

Commenting on the ruling, Executive Director of MFWA, Sulemana Braimah, said the ruling did not fully address key issues presented to the Commission.

“The question is: what is the link between when they exited and whether or not the documentary had any association with the President. The three areas that it set out to determine the complaints, did not have anything talking about ethical infractions.

“That is not to say that if there were issues bordering on ethics then it is important for the Commission to touch on, but that ought to have been stated,” he said.

He said the NMC decision on the matter was not helpful.

“I don’t think it is straightforward to guide journalists and those of in the media industry in terms of making decisions on similar issues going forward,” he said.

Meanwhile, the government has welcomed the ruling.

Information Minister, Kojo Oppong Nkrumah, said “we hold Multimedia in high esteem…we took issue with a particular piece of work that was put out. We are pleased that the key issues that we raised were found to be true by the Commission.”

Managing Editor of Joy News, Elvis Kwashie, also said the Multimedia Group accepts the NMC ruling but disagrees with it.

“We respect the Commission and we accept the decision but we disagree. There is something in the ruling that says that we linked the President to the operations of the D-Eye Group. We didn’t. All we did was to say that the leader of the group had worked with the President when he wasn’t President. That is the only extent the President came into this conversation. Was the work a misrepresentation? No,” he said

Thu Jul 25 , 2019
Dixcove Chieftaincy Feud: Violence and rape on rampage, residents flee 1 One would have wished that tension and violence that engulfed the Dixcove communities would have subsided by now. The latest yet threatening is that residents at Upper Dixcove are fleeing the township over fears of rape, murder […] 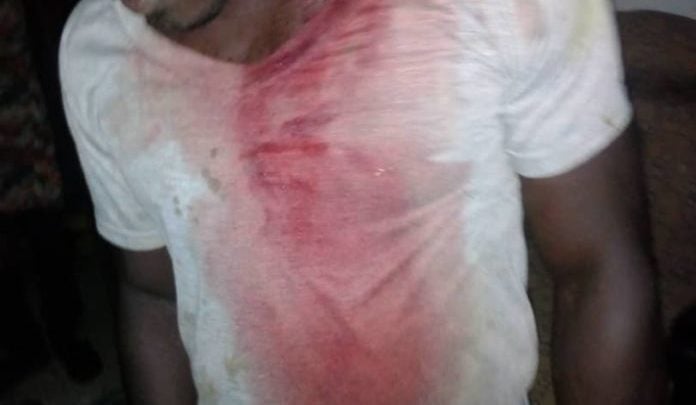