A new think-tank has been established in the Western Region to honour  heroes and heroins of the governing New Patriotic Party (NPP).

The inauguration of the Paa Grant-Krakue-Asmah International Center (PGKAIC)  last sunday would concentrate  on three key areas of studies according to Charles Cobbinah, an aspiring Western Regional Vice Chairman of the party.

These would include offering technical development of party activists on activities and philosophy of the NPP.

The headquarters of the think-tank is currently at Mpohor,  the District capital of Mpohor where one of the  founding members of the NPP Stephen Krakue comes from.

Inaugurating the centre to begin the process of recognizing the effort of party activists sacrificing for the sustenance and promotion of the NPP, the founder of the think-tank said he had the dream many years a go, but was waiting for the right time to actualize his intentions.

According to Charles Cobbinah, the establishment of the centre, and  in the house of Stephen Krakue has received an overwhelming endorsement from party stalwarts and kingpins yearning to honour  great members of the party who have over the years made laudable contributions to the formation, management and  sustenance of the party.

He said the multiplier effect of putting up the centre would historically change the way things are done currently  in the Western Region.

According to him,  following an introduction  of policies and programs capable of churning out quality human resources,it would be  necessary to spare growth and development of the region.

He explained that the only way the region could reverse the phenomenon of under development was to pay attention to quality human resource development.

He promised to engage party gurus to make meaningful contributions to the management and sustenance of the thinktank which is first of its kind in the Western Region.

He said activities of the centre would be streamlined to match existing think-tanks booth for booth in terms of advocacy and campaign against social ills, and catastrophic political machinations.

He noted that various angles of development issues would inform the research works of the institution.

Former Western Regional Minister Evans Amoah who served as the Member of Parliament for Mpohor,  and had the benefit of receiving political tutelage from the late Stephen Krakue witnessed the ceremony. 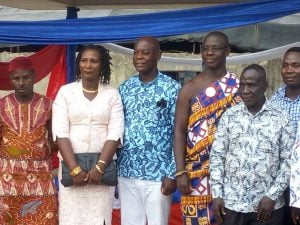 Picture attached : Charles Cobbinah in the middle, founder of the thinktank in the company of dignitaries who graced the occasion

Thu Apr 12 , 2018
A randy houseboy received far more than he bargained for after he slept with his employer’s wife. According to reports, residents of Busai county were left in awe after a young house maid cried out while writhning in pain as he offloaded a bulk of maggots from his pants. Publicly […] 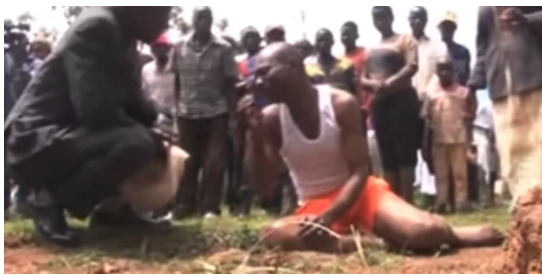