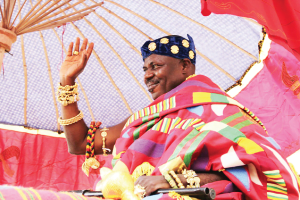 Barima Osei Hwedie II, Chief of Ejura in the Ashanti Region has parried claims that he invited the murdered chief to his jurisdiction for a meeting after which he was gruesomely murdered.

The Ejurahene who is currently Paris, Capital of France disclosed to MyNewsGh.com in an exclusive interview that he is neither aware of the presence of his colleague chief in the area nor invited him to a meeting as claimed.

He has therefore called on the general public to treat such misformation with the contempt it deserves describing the late chief as a man of high standing repute and integrity.

“I left Ghana on Friday August 16, 2019. I sought for permission before I left so where from the rumor that I invited him over to Ejura? The allegation is unfounded.” He stated.

It is gathered that the chief the chief was gruesomely stabbed multiple times to death by his attackers on Sunday evening at about 4:30pm.

The Police officers said they received information that a Toyota Landcruiser with registration number GC 7212-16 had been involved in an accident on the road around Ebuom, a community on the Nkronza-Ejura road but upon arrival at the scene, they realised it was the victim who was later identified as Nana Fodour had been stabbed.

The body of the deceased has since been sent to the Komfo Anokye Teaching Hospital (KATH) in Kumasi.

The intent of killers of the Otumfuo’s Asamophene, Nana Kwadwo Afodour was meant to reduce him into ashes after the dastardly act according to the police.

“Other road users who saw the vehicle in flames with the deceased stacked in it douse the inferno but close observation revealed that he was stabbed multiple times. We are not ruling out contract killing and it is possible he was killed somewhere and driven to the scene. They were determined to burn him into ashes in order not to leave traces”, Ashanti Regional Police Public Relations Officer (PRO) Godwin Ahianyo revealed

So far, a close confident of the murdered chief and two other persons have been arrested by the police and are assisting with investigations. 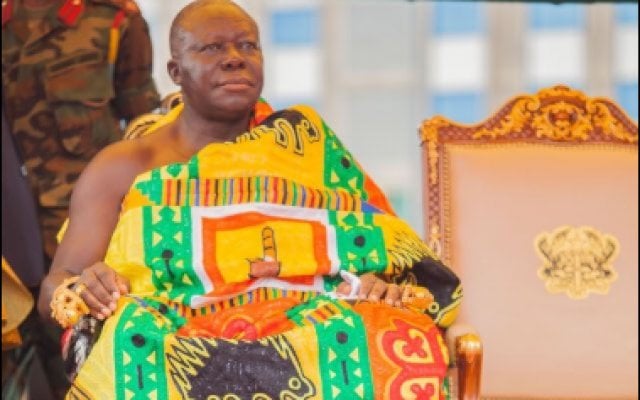