JB Danquah Adu’s widow has blamed his murder on the NPP. Ivy Heward-Mills believes her late husband was so scared about the death threats over his life by some NPP officials.

Ivy Heward-Mills prays to God for vengeance against her husband’s killers Widow of the late JB Danquah Adu believes her husband’s death was masterminded by some powerful forces of the New Patriotic Party (NPP).

According to Ivy Heward-Mills, her husband could have chalked his 53rd birthday “if those filthy disgusting ogres had not made a decision to have his life terminated”. In an open letter, Ivy Heward-Mills alleged that her late husband was very aware that his life was in danger.

There is no doubt that Ivy wrote this letter with anger and pain. The content of her letter is yet to be substantiated but it also reveals some unknown suspicions there are about the cold murder of the member of parliament. “God will not spare them. Never! Someday soon, their cups shall fill up and run over and that day, the world will see them for who they truly are. Let them rest assured that their days are numbered,” she fumed.

The death of Joseph Boakye Danquah-Adu (JB Danquah) may have been a pain of the past but not for his closest family as they are calling for fresh investigations into his shocking assassination. The family of the late Member of Parliament, at a press conference, called on the government to bring all conspirators of the murder to book.

From a refugee to a household name: The Juliet Ibrahim story

Tue Jul 3 , 2018
Actress Juliet Ibrahim is preaching motivation on her Instagram page. The actress who was once a refugee in Ghana has now become a household name in the entertainment industry. In a short story on her page sighted by MyNewsGh.com, she shares her journey from a nobody to a household name. […] 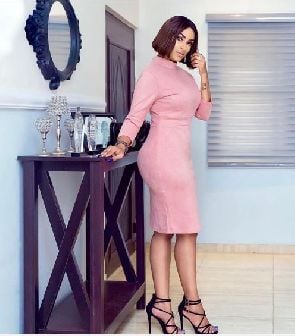