One of the most controversial musicians Ghana has ever had, Aseibu Amanfi has recounted how some soldiers were sent after him during the reign of Jerry John Rawlings.

Aseibu Amanfi, known to have composed and performed ‘Ka Na Wu’, a song full of innuendos in an interview on Kofi TV mentioned that many Ghanaians concluded his piece was targeted at then President Rawlings who was considered by many as a dictator.

He indicated that contrary to the suggestion, the song and several others he released were actually stories about his personal life. He noted that due to the controversy surrounding the song, some soldiers, including his relative, were sent to have a witty conversation with him with a hidden motive of getting him to commit himself and admit releasing the song because of Mr. Rawlings.

I have slept with over 2500 ladies – Kumawood actor

According to the veteran musician, during his interaction with the soldiers, he emphasized that the lyrics of the song and the situation in the country at the time were mere coincidences.

Later in the day, his relative who accompanied the soldiers to the house expressed he was really anxious during the interaction as he thought the musician would eventually commit himself. The relative, he says, then revealed to him the reason the soldiers paid the visit.

Watch the full interview below

Wed Jul 31 , 2019
There was drama at the Sekondi High Court 2 in the Western Region Wednesday, when a mother of one of the kidnapped girls slapped the suspect, Samuel Udoterk after he pleaded not guilty to the crime. Comfort Arhin, mother of Ruthlove Quayson, distressed by the suspect’s refusal to disclose […] 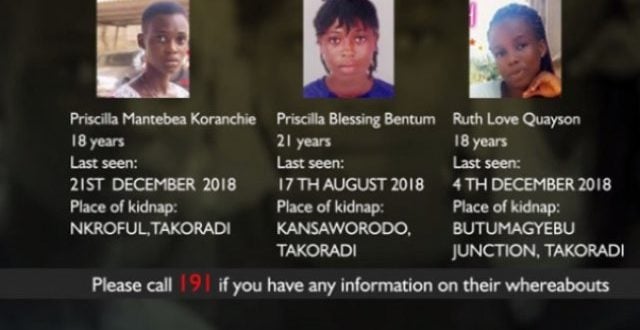