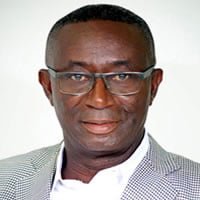 Personal Assistant (PA) to Deputy Minister of Railways Development and New Patriotic Party (NPP) lawmaker for Asante Akim North in the Ashanti Region, Mr Derrick Amoah has been accused of squandering huge sum of monies meant to ensure completion of a CHPS Compound for residents in the area.

According to Alhaji Sulemana Abdul Hamid, the CHPS compound has become a white elephant because an amount of GHC45,000.00 meant for the completion of the project was squandered with impunity.

“Personal Assistant, Derrick Amoah presented a budget of GHc 91,000.00 for a project that was over 80% completed to the Assembly. First tranche of GHc 45,000.00 was released [by the Assembly from the MP’s Common Fund] under very bizarre circumstances to the boys of the MP for the completion of the project”, he told journalists at a press conference.

Alhaji Sulemana Abdul Hamid, who is also the convenor for NPP Youth in Asante Akim claims, the PA has failed to ensure completion of the CHPS Compound located as Wiaoso in the constituency which was started by the former Member of Parliament for the area, Hon. Kwadwo Baah Agyemang.

According to him, unknown to the Asante Akim North Assembly members, the current MP, Hon. Andy Appiah Kubi earlier had unilaterally abrogated the contract agreement immediately he became MP re-awarding to his PA and one Kwame Danso, a close pal of his.

“An investigation conducted by the PRCC [Public Relations and Complains Committee] of the District assembly indicted the driver and PA of the MP, Hon. Andy Appiah Kubi for thievery”, according to checks by Alhaji Sulemana Abdul Hamid describing the incumbent lawmaker Hon. Andy Appiah Kubi as “walking illegality”

Mon Aug 5 , 2019
Chief mastermind of the three kidnapped Takoradi girls, Samuel Udoetuk-Wills insists that the victims are still alive and are in the Nigeria where they were taken to. He told police interrogators that the human parts found in a septic tank at his former residence could not be those of the […] 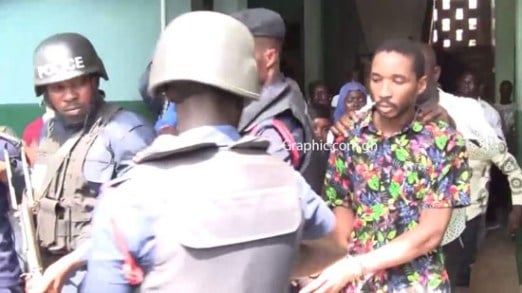