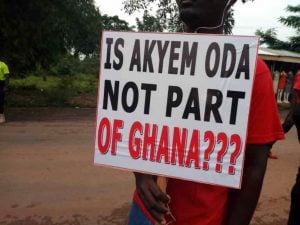 The Akyem Oda Concern citizens Association (AKOCCA) in the Eastern region this morning have demonstrated massively at Akyem Oda municipality over the death trap bridge that links Oda to the capital city – Accra.
The demonstration is titled; “Akyem Oda deserves better”. 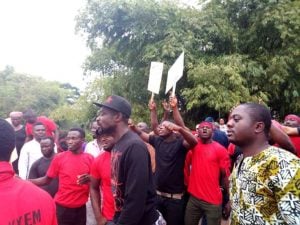 AKOCCA is a youth club in Akyem Oda with Kofi Asare Brako (Abatee) being their president. Their main motive is seeking the welfare and proper development of Oda municipality.

This bridge has been a death trap to the users of the main road from Accra to Oda which both Ministers, MPs, MMDCEs, Chiefs and other dignitaries pass on. On Saturday 16th June, a tipper truck carrying sand fall into the bridge but it seems the authorities are doing nothing about it. The funny part is that, one side which has a huge hole in it that a car can fall into it easily has been blocked living it a one way road which causes a huge traffic especially on market days in Akyem Oda. 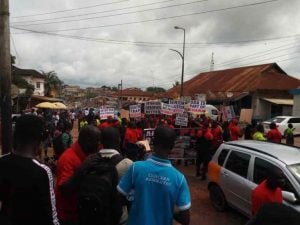 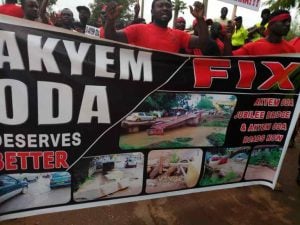 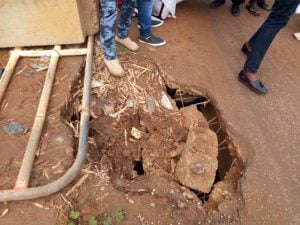 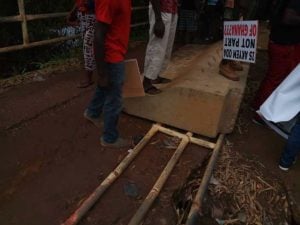 Sat Oct 13 , 2018
The revered Togbe Afede, Traditional ruler of the Asogli State and business magnate National Chairman of the New Patriotic Party (NPP) Mr Freddy Blay has said he does not owe “anybody” an apology regarding comments he made against paramount Chief of Asogli State, Togbe Afede XIV. As MyNewsGH.com readers will […]