So-called “citizen vigilanté”, Mr Martin Amidu has dared his boss, President Akufo-Addo to sack him, Opera News can report.
As to what Martin Amidu has up his sleeves with this uncalled for dreadful menace is yet to be known, however, since there can be no smoke without fire, we strongly believe that there’s something serious hidden between Mr Amidu and his boss, President William Kwaku Addo Dankwa Akufo-Addo.

Martin Amidu, a born ‘addicted’ NDC zealot and loyalist was Prof. J E A Mills’ running mate in the year 2,000 general and presidential elections.
Incident to that, he was the Brong Ahafo Regional Minister.

Under the Mills’ administration, ‘vigilante’ champion Mr Amidu was appointed Minister of Justice and Attorney General, during which time the notorious thief and persistently nocent John Mahama fraudulent Embraer case had come out for investigation, suspension, and eventual prosecution.

John Mahama had earlier masterminded the scandalous STX Korea deal, which was equally dishonest and criminal, yet as Attorney General, snail-pace working and pedetentous Martin Amidu as Attorney General couldn’t prepare any docket aimed at prosecuting born thief, John Dramani Mahama. Eventually, besides being a thief and pillager, John Mahama again plotted and executed the murder of President J E A Mills, by engaging a brutish beast known as Bukom Banku. After the murder of President J E A Mills, this so-called citizen vigilanté was sidelined in the John Dramani Mahama ministerial appointees. He had virtually been sacked from the NDC administration, hence his determination to seek vengeance on the NDC with the payment of fictitious judgement debt.

As a properly determined and committed so-called citizen vigilanté as Martin Amidu arrogates to himself with pride, the mystery behind the President Mills death is what should have been his topmost priority case to take up, but he didn’t. Instead, he went round the periphery of criminal cases, and chose to deal with only some weak and obvious corruption cases, whereas there existed a High Treason case to deal with, which Martin Amidu ignored.

As previously stated supra, Martin Amidu couldn’t dare the NDC to face him in Court over the most serious cases, but he now chooses to dare Akufo-Addo to sack him, because he sees him as a very inept, corrupt, incompetent, and dishonest weakling who has been conscientiously handicapped by his own falsely self-acclaimed “Angelic” image, and corruption-free political personality, yet a very and extremely corrupt personality, including being a drug baron and substance abuser.

It serves Akufo-Addo right. Here’s a person who claims to be a champion of human rights, yet cannot claim and exercise his right to fire his own appointee.

We therefore dare Akufo-Addo to sack Martin Amidu, so that we can delve into what has verily existed between them that makes Martin Amidu take the upper hand over his appointee President.

There are true and committed proper unsung Citizen Vigilantés such as Solomon Owusu, who is safeguarding against polluting our environment, particularly our waterbodies by the Akufo-Addo appointed Science and Environment Minister himself, Prof Frimpong Boateng.

There are numerous unsung Citizen Vigilantés who are without vindictiveness, and would attack the administration to be on their toes, hence defending Ghana.
Corrupt Martin has given out his bank account number for people who have been caught in the trap to pay-in cash to be exonerated of the crime of corruption. Isn’t such a person corruption, and unqualified to be a Special Prosecutor who should champion any fight against corruption?

Akufo-Addo has remembered his political background, and has sought in a way to go back to his political routes, hence his indulgence with the NDC, and his appointment of Martin Amidu as sole Special Prosecutor across Ghana, without Regional and District equivalents, if indeed he actually meant to fight against thousands upon thousands of corruption cases across Ghana, a canker that is redolent in every nook and cranny in Ghana.

Akufo-Addo claims to be the only patriot in Ghana who wants to be magnanimous to every political party. Why then did Ghanaians opt for multi-party democracy? Is it not because Ghanaians want to apportion responsibility for good and bad governance? Will a Martin Amidu failure be attributed to the NDC or NPP?
Is Martin Amidu the only lawyer who can do the job of Special Prosecutor?

Indeed, it serves Akufo-Addo right to face such a nonsensical threat from Martin Amidu, something he couldn’t do when he served in his NDC?

The Secretariat of the 1956 United Party Tradition.

Fri Jul 26 , 2019
I extend warm regards to the constituents of Banda and the entire people of Bono Region. You have been an amazing people with the understanding of nation building as the intense efforts of everyone – the young , aged , male or female. Interestingly , ladies and gentlemen, nation building […] 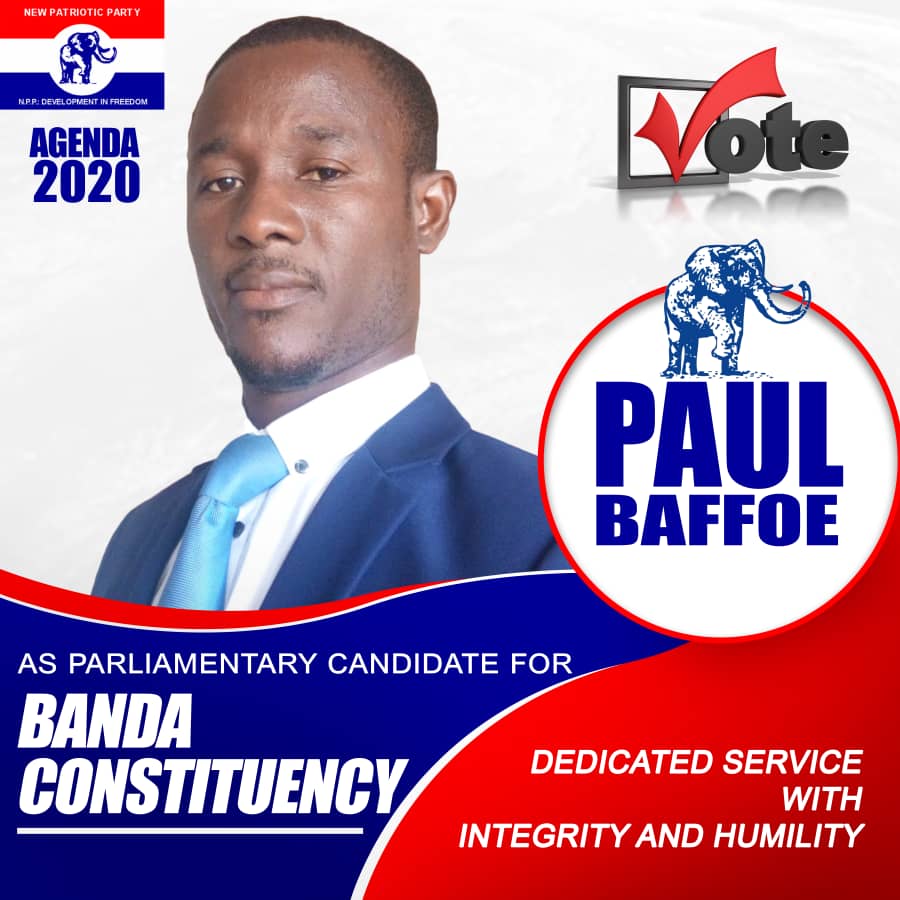