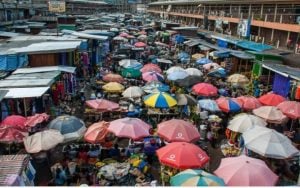 The construction of the Dr Mensah Boolaho market has come to a standstill for reasons unknown.

Further checks into the situation revealed that, one Mr. Ofosu-hene Antwi who was destooled as the Asemhene’s Kyidom because of his fraudulent acts and dealings was involved. He is using the fact that people are ignorant of his current status as a destooled chief to continue his illegal acts.

Unfortunately, the contractor in charge of the Project by name, NAT UPRISING had fallen into the trap of this unscrupulous person who is still peddling himself as the kyidomhene of Asem stool despite the fact that he has been relieved of this position since December 2016 as confirmed by Nana Asemhene.

Investigations revealed that, the alleged self acclaimed chief cunningly went to the said contractor claiming Asemhene had sent him to negotiate on his behalf, the royalties to be given to the chief by the contractor.
It was alledged that, the Contractor(NAT UPRISING) contractually agreed with the alledged dupe ( Mr. Ofosu-hene Antwi) to give him three (3) stores, five (5) sheds, and an amount of thirty thousand Ghana cedis (GH₵30,000) of which ten thousand Ghana cedis (GH₵10,000) was paid cash to Mr. Ofosu-hene Antwi, in partial fulfillment of the said royalty contract drawn.

It was later revealed to the contractor that Mr Ofosuhene wasn’t who he claimed to be. The contractor started taking the necessary steps to retrieve his money.
After series of failed attempts by NAT UPRising to get the money back, Mr. Ofosu-hene, the alleged chief decided to take revenge on the contractor by planning calculated attempts to frustrate him. He has therefore managed to brainwash some market women to protest against the contractor by preventing him from carrying out his duty by claiming that they were afraid they would lose their right in selling their items and foodstuffs, which the contractor had assured them severally won’t happen.

Investigations also reveals that, the contractor in his quest to maintain peace and order between him and the market women , brought the matter before Asantehemaa who customarily is the custodian of the market. Asantehemaa recommended an MOU between Kma , the contractor and the market women.
Even though the MOU was drafted by lawyer Patrick of Kma to be given to the market women’s lawyer for study , stating the prices and mode of payments of each sheds, all to assured them of retaining their places for trading, ofosuhene still managed to brainwashed some of the women not to agree with the mou.

Further checks reveals that, the leasing officer of Otumfour secretariat Mr Alex also conducted series of successful meetings between KMA , the contractor and the market women leadership all to convince the women of getting their places back after the project. This same Ofosuhene managed to brainwash them not to agree.

Finally , the contractor brought the matter to KMA complaints committee presided over by Hon Abraham Boadi A.k.a Opooman who also after series of successful meetings with all the stakeholders (the market leadership, Asantehemaa secretary , Nana Asemhene, Mr Ofosuhene Antwi and the contractor) and after his consultations from Otumfour Secretariat, advised the contractor to proceed to site.

But this same impersonator through the influence of his agents at the market resisted the contractor from doing his work.

STRIKA RECEIVES AWARD 3 YEARS AFTER SHOOTING "BEAST OF NO NATION

Tue Nov 13 , 2018
Ghanaian young actor Emmanuel Nii Adom Quaye popularly known as STRIKA, who co-starred in the “Beast of no Nation” has received his first award 3 years shooting the movie.      In a picture on social media, STRIKA was seem receiving his award with writing “CITATION” his and his name […] 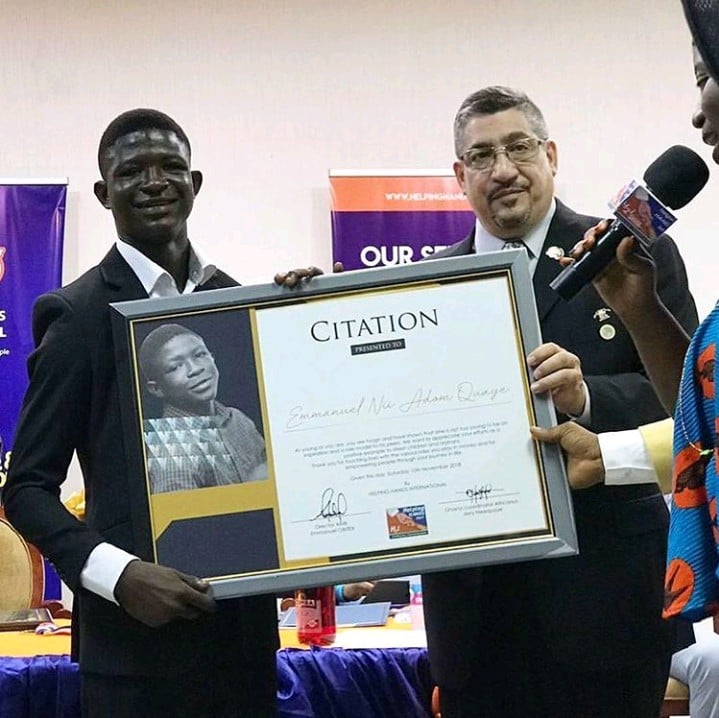