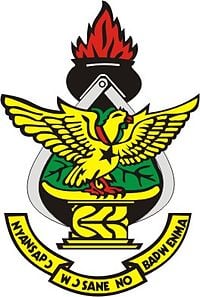 We wish to bring to the attention of the media and general public certain disturbing and unfortunate set of developments on the campus of the Kwame Nkrumah University of Science and Technology (KNUST) that could put the security of the university, and country as a whole, into serious jeopardy, if not urgently addressed. 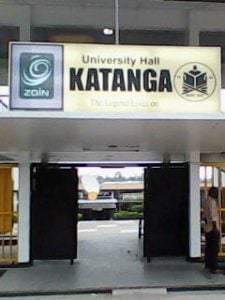 The alumni of University Hall (Katanga) have noted, with deep concern, recent activities by authorities of KNUST to antagonize and intimidate innocent students on campus because those students were brave enough to sue the University against injustices and irrational decisions by the authorities. It is quite disturbing that the authorities of an institution of higher learning will resort to such unlawful and socially unacceptable behavior rather than to established legal processes.

The media and general public are well aware of the pending lawsuit at the High Court in Kumasi seeking to reverse the purported decision of the Vice Chancellor to convert Katanga and Unity Halls into mixed-gender halls. Recently, the Court ruled against a motion for an interlocutory injunction with the reasoning that the University will suffer great inconvenience at a time when fresh students were already arriving on campus. This ruling of the Court was made in spite of the fact that the University deliberately ignored the notice of the motion and took payments from fresh students, with the sole aim of forcing the hand of the Court into deciding that they were too advanced in the execution of their plans to change course at short notice. While we strongly disagreed, especially with the fact the Court did not sanction the authorities for their deliberate contemptuous acts, we respected the decision. We look forward to forcefully arguing our case during the substantive hearing.

In the meantime, the University, seemingly nervous about the outcome of the substantive hearing of the lawsuit, has begun a campaign of extreme intimidation and harassment of the plaintiffs, who happen to be current student leaders in the hall, and their supporters, who are potential witnesses. Here are a few examples of the acts of intimidation being meted out shamelessly by the authorities to the student leaders: 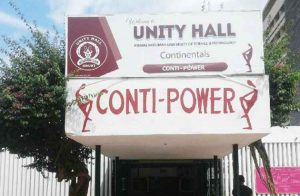 About a week ago, some of the plaintiffs in the two lawsuits against the University were accosted and verbally asked by a senior university official to withdraw the lawsuit or be made to feel miserable on campus, including the real possibility of being failed in their examinations. No society, and certainly not Ghana, should entertain such primitive and disgraceful acts of intimidation and retaliation at an institution of higher learning. But then, we are not entirely surprised because this is the “new KNUST” that is doing nothing to address rampant sex for grades scandals by lecturers.

Again last week, three executives of Katanga (including plaintiffs in the lawsuit) were summarily arrested at the entrance of the hall in broad day light, on the orders of the Hall Tutor, Dr. Frances Azumah. Their supposed offense was “trespassing”, even though they had a prior appointment to meet with the Hall Master to discuss matters in their capacity as Hall Executives, and were legally in a public place. It took a few calls by alumni to the Hall Master and Vice Chancellor before the students were released, without charge. The students have subsequently decided to stay away from the Hall until school officially opened for continuing students this Monday.

On Monday, Dr. Azumah once again accosted Hall Executives at the hall’s entrance and informed them that they were persona non grata in the hall or immediate vicinity for daring to sue the University. Even though hall executives across the University are entitled to campus accommodation, those in Katanga and Conti have been denied access to their halls. The University, through its Deputy Registrar and PRO, has confirmed through radio interviews that the University will not be providing accommodation for those executives as a punishment for suing the University.

On Tuesday, a number of Katanga hall leaders were also arrested when they honored an invitation from the KNUST SRC President to discuss the current situation on campus and their current accommodation challenges. While meeting with the SRC President, they were confronted by security guards and, in the process of arguing, they were accused of insulting the Vice Chancellor and immediately arrested and handed over to the police who detained them overnight. In this day and age, in the Republic of Ghana, people get detained for “insulting a Vice Chancellor”?

In all this, it is clear that the University authorities are bent on perverting the course of justice through gross intimidation of the plaintiffs and other potential witnesses.

The longer such intimidation and threats continue, the more tension continues to build up. The alumni and students have petitioned the President of the Republic, the Council of State, the Minister of Education, the Chancellor of the University, and the Chairman of the University Council. It appears to us that all these personalities and institution are waiting for the pressurized powder keg to explode before intervening. This is quite unfortunate.

By this release, we are calling on the above mentioned personalities and institution and also the general public to assist in bringing the KNUST authorities to order and to help prevent an escalation in the ongoing crisis. The consequences of inaction will result in the mass production of docile national leaders developed under oppressive and dictatorial authorities on campus. The country can not afford this.

Salary For Local Players A Sign Of Slavery- Papa Arko

Nana Yaa Brefo is a disgrace to journalism – KK Fosu