Television personality, Afia Schwarzenegger has said she is grateful to Dj Oxygen, owner of Oxy FM for making her aware of the fact that chimpanzees are aware of her solid brand.

Dj Oxygen was reported to have said in an interview that he will always go in for Chimpanzees rather than waste his time on watching videos of Afia Schwarzenegger.

The television personality responding to Dj Oxygen indicated that she is proud of herself because even Chimpanzees are aware her brand is a solid brand.

She indicated that Dj Oxygen is himself a chimpanzee and shows resemblance to his father the Chimpanzee.

She said “Dear Ghanaians, Pls stop misinterpreting everything…what this chimpanzee was actually saying is he will rather watch his family n friends than watch my video.. And it make sense.. Becos we all know he looks exactly like his father…the king of chimpanzee kingdom..so pls my fans stop been emotional n stop paying attention to failures…a male chimpanzee that arrested his whole family over a missing angloga sofa.. Anyway thanx to national geographic channel…at least i know animals know abt me”.

Thu Apr 12 , 2018
The Episode starts with Abhi thinking to keep Pragya with him making an excuse. He asks her to talk to him like Purab and call him Abhi. Pragya says you have meeting with producer. Abhi asks her to help him get ready and says Purab used to get him ready […] 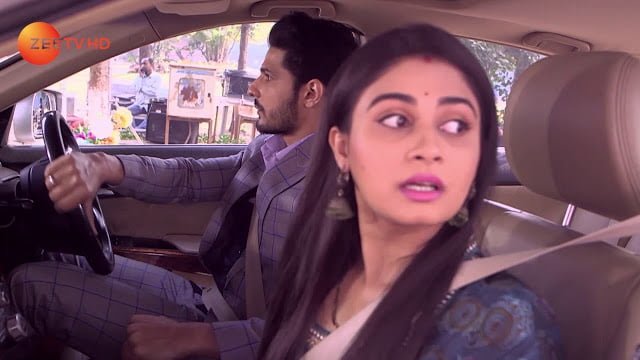