Popular Kumawood comic actor Oteele has spoken about his current situation after his wedding ceremony.

The comic actor in an interview disclosed that after his marriage ceremony, he has been financially strained, making life difficult for him.

He explained that he wasn’t able to gain any profit from his wedding making him financially bankrupt.

The actor also disclosed that he had electricity issues with the new house he rented after the wedding which led to his arrest.

Oteele disclosed that they have to settle a debt of almost 7,500 cedis before power will be restored.

According to him, the power has been cut for almost two weeks and is affecting his newborn baby.

The actor further pleaded with his fans and well-wishers to help him settle his debt.

Oteele tied the knot with his long-time girlfriend in May. The couple have been blessed with a beautiful daughter. 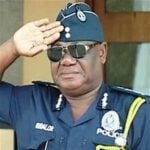 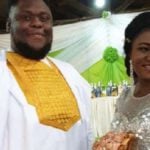