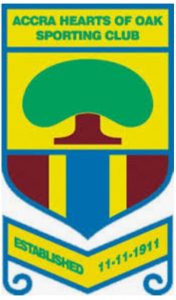 According to lawyer Francis Polly, legal representative of Joy Industries Limited, Razak’s contract with the Phobians will run out in the next few months and Hearts have submitted to his outfit a new offer seeking renewal of the player’s contract.

“We met with the CEO of Hearts of Oak yesterday (August 10) together with Razak’s lawyer and they have given us a contract offer that they want an extension of the contract of Patrick Razak, we are now going to study the offer and get back to Hearts of Oak”, Francis Polly confirmed to FOX 97.9 FM.

Undoubtedly, Patrick Razak is the poster boy of Hearts of Oak, a game changer and a key member of the current squad, who coach Seth Hoffman wouldn’t like to lose for any reason.

Razak has been foot dragging over the renewal of his contract with Hearts of Oak in the past few months, but with his lawyer now back home from the States to safe matters, a final decision will soon be known to supporters of the club over the future of their darling boy.

As representatives of the former Tamale Utrecht academy star, Joy Industries Limited are now in charge of all contract negotiations of Razak, together with Razak’s personal lawyer, and are currently studying the offer tabled by Hearts of Oak for a response. 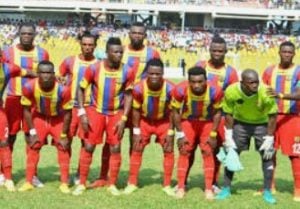 According to lawyer Francis Polly, Hearts of Oak will receive a response to their offer by next week.

Francis Polly, who claimed that Joy Industries limited have been the sole official manager of Patrick Razak for over year now, challenged any individual who thinks himself a manager of the player to produce documents to validate his claims.

” Patrick has never had a manager, if anybody says he manages Patrick then the person should produce a document “, Polly challenged.

” We’ve been hearing this thing for over a year, actually Patrick has been with us for more than a year. We’ve been hearing that somebody claims that he manages him but anytime we ask for documents on that nobody produces it, and Patrick also tells us he has no manager which we believe”, lawyer Polly concluded.

For the records, Patrick Razak penned a lucrative five year deal with Joy Industries Limited, leading manufacturer of alcoholic beverage lat Thursday. He will be the brand ambassador for the Koforidua based firm, helping to promote their products. Razak becomes the second local footballer to be managed by Joy Industries Limited after former Liberty Professionals star Latif Blessing, who now plays in the Major League Soccer in the USA.