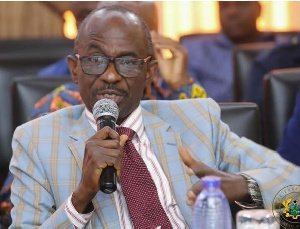 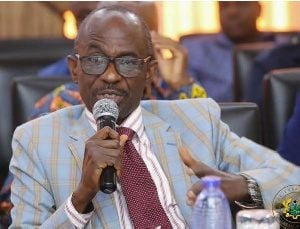 In 2005, when the NDC went to Congress to elect its National leaders in Koforidua, the two main contenders for the position of General secretary were the more refined sly Mensah and Johnson Asiedu Nketiah.

Very little was known about Asiedu Nketiah then. Nonetheless, he carried the day largely because of the open endorsement of his candidature by the RAWLINSES.

Not long after that, Asiedu Nketiah pitched camp with Rawlings’ perceived political enemies and tagged him as a ” BARKING DOG WHO MUST BE CAGED”. Asiedu Nketiah accused Rawlings of seeking to run the NDC as his personal property.

As a General Secretary, He took mafia and wicked decisions that cost the NDC a number of parliamentary seats in the 2016 elections. What is even sadder, is that the NDC lost in his own home constituency TAIN in the 2016 General Elections.

Fast forward to 2018, Asiedu Nketiah contested again as General secretary for the fourth time, but because his competitor was perceived as ginger-headed, the NDC was torn between the devil and the deep blue sea and grudgingly settle on him. I dare say that but for the vile propaganda against his opponent, the story would have been different.

Barely, one year after his four year mandate, Asiedu Nketiah is seriously lobbying to be running mate. Never mind the fact that he still has 3 years more to serve as General secretary of the party.

The questions that readily come to mind are;

He who the gods want to destroy they first make mad.