A United States of America based Ghanaian Mining Engineer, Solomon Owusu, has bemoaned that President Akufo Addo’s government has failed Ghanaians in terms of its fight against illegal mining activities, popularly known as galamsey. Speaking to Isaac Amoah-Asare on Bryt FM in Koforidua on Saturday July 20, 2019, Solomon disclosed that he was not surprised about the galamsey underground collapse incident which happened at Akrokerri in the Ashanti Region on Thursday July 18, 2019.

According to him, the two years ban on licenced small-scale mining, together with galamsey was just a joke, waste of time and waste of taxpayer’s resources. On December 14, 2018, the inter-ministerial committee of illegal mining (IMCIM) under the auspices of the information ministry, announced that effective and coherent policy framework had been put in place to address all “galamsey” related issues in Ghana. This declaration was made during a press conference organized in Cape Coast in the Central Region. 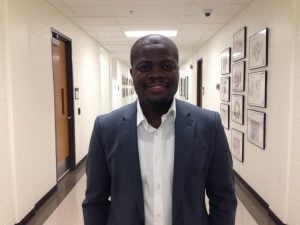 Key attributes in the published mining policy included training, better operating procedures, monitoring and law enforcement. Solomon questioned whether Ghanaians see and feel the implementation of the policy, considering the current happenings in the small-scale mining sector. He continued to ask the whereabouts of the Information Minister, Mr. Kojo Oppong Nkrumah and his deputy, Mr. Pious Hiadzie, who mounted the podium at Cape Coast and informed Ghanaians accordingly.

Solomon could not fathom why such an incident occurred after the government’s declaration of the “finest mining policy” drafted by the IMCIM after spending two years. “Are the small-scale mining sector operators following the policy? If the policy is working as drafted and declared, can the IMCIM provide proof of its real-life application in the daily activities of these miners? If it is truly reflecting, why such an incident currently in Akrokerri? Why are our water bodies still polluted?”, Solomon asked.

The galamsey firebrand admonished all Ghanaians to be bold and ask the government to declare the IMCIM’s achievements concerning water pollution and land degradation. “Why should we keep deceiving ourselves as citizens of Ghana? I spoke to the Assemblyman for Akrokerri area, Mr. Tandoh and according to him, the illegal mining operations had been existing for a while in different locations in the area”, he said.

Touching on monitoring, he asked if there were law enforcement agencies in the Akrokerri area, including the district police personnel, operations vanguard team, inter-ministerial taskforce, galamstop team, galamsey police team, among others. He was surprised that the operations vanguard headquarters in Ashanti Region is based in Obuasi, which is about 20 minutes drive from Akrokerri but such illegal mining activities had been on-going for some time without any action to stop the illegal miners.

Educating the public on the way forward to solving the galamsey problems, the mining engineer said it is difficult to stop illegal mining, popularly known as galamsey because the operators depend on it for their living. “The government’s militant approach can never solve  the problem but the responsible government officials need to register illegal miners into the mainstream of legitimate small-scale mining, provide standard operating procedures (SOPs), provide workable safety and health standard procedures, monitor their activities, provide technical support and ensure law enforcement to penalize violators of the guidelines”, he suggested.

Again, Solomon argued that the current small-scale mining licence acquisition process is full of unnecessary bureaucratic, time consuming and expensive procedures, which should be revised and decentralized at the district level to minimize the permitting holdups. In his opinion, each of the district minerals commission offices should have a small-scale licencing unit that can issue all the necessary documentations for legitimate registrations to avoid delays. “If other private businesses can be registered at the various district assemblies, why can’t we do same for the small-scale mining companies?”, he questioned.

Also, the diaspora mining engineer felt that requiring the sector minister’s signature and parliamentary ratification for small-scale mining projects are unnecessary but unjustifiable systematic channels that promote corruption. He stated that it is intriguing to hear that the minerals commission that has experts and the men on the grounds cannot approve small-scale mining applications but the sector minister who is not necessarily a technical person is responsible for approving and granting such licences. He asked if the minister’s involvement can make any difference to augment the purpose of ensuring environmentally friendly operations.

He continued to suggest that the various district minerals commission offices should be allowed to deal directly with the local miners but report to the headquarters in Accra. “The daily operations should be monitored by the district minerals commission officers but the national level officers should embark on quarterly evaluations to ensure that due processes are always followed by all small-scale mining companies to ensure sustainable operations across the country. With this approach among others, Ghanaians will begin to see changes in the sector.”, He advised.

The mining engineer cautioned the government to renew the permits of the existing licenced small-scale miners and create an enabling environment for the unlicenced miners to acquire the necessary licences and permits for their operations.  “What should we expect if Ghanaians find difficulties in acquiring the requisite small-scale mining permits but easy for foreigners, especially the Chinese, to obtain similar licences. These illegal miners will continue to find every avenue to operate in dangerous environments to make money.”, Solomon said.  The galamsey operators have a saying that “it is better to die looking for food than to die of hunger, so no amount of force can stop us”. That’s what they have been doing for years and it is difficult to change them.

Finally, Solomon tasked the government to have a second look at the Inter-Ministerial Committee and consider a better approach to address the small-scale and illegal mining problems in terms of acceptable standard operating procedures, efficacious monitoring strategies, adequate resources and technical support for the sector players, accountability and law enforcement. He insisted that the President must dissolve the Inter-Ministerial Committee and equip the Minerals Commission to execute its mandate, if he is truly determined to resolve the galamsey menace.

Tue Jul 23 , 2019
Headmistress of Kaase M/A primary school, Madam Dela Hudekpor has showered praises on Dr. Nana Yaw Boakye; a medical Doctor at the Komfo Anokye Teaching Hospital for renovating a classroom block for the school after strong winds destroyed the roof. The Headmistress and other staff members tell rawgist.com the […] 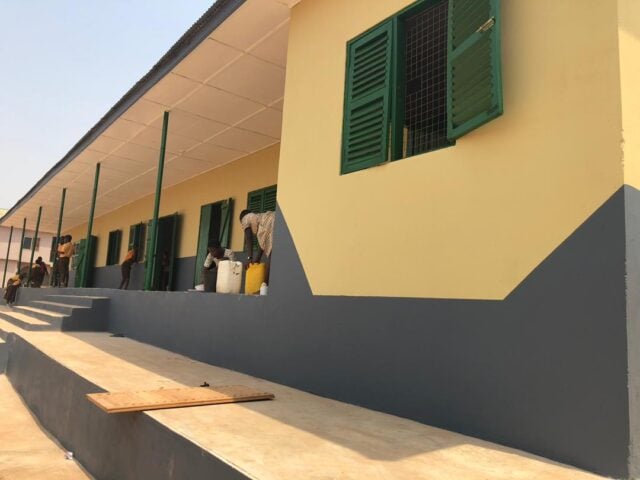