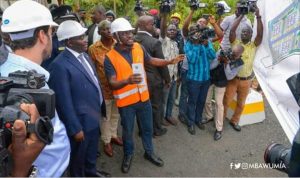 The Vice President of the Republic, Dr Mahamudu Bawumia, has cut sod for work to begin on the construction of 320 Housing units for the Ghana Police Service.

The Police Housing project, which will be made up of 112 two bedroom apartments, and 208 three bedroom apartments, will be constructed as part of Government’s plan to provide decent accommodation for the security services and other government agencies. 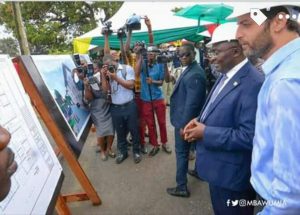 An additional 10,000 housing units for the security agencies are also expected to be constructed under the Infrastructure for Bauxite barter arrangement between the Government of Ghana and Sinohydro Corporation/the Chinese Government negotiated by the Vice President as part of his official visit to China last year. 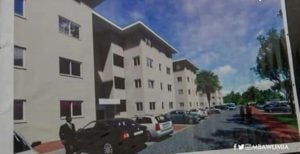 The 10,000 housing units for the security services under the Sinohydro project will be the largest single undertaking of its kind since independence.

All over the country, police personnel are not properly housed. Some live in rented civilian accommodation, scattered in towns and cities, which have the real tendency to hamper emergency mobilization of forces, efficient coordination and command effectiveness.

Government is also working to address the national housing deficit, which is estimated to be in excess of 1.7 million units and could rise to 2 million by 2020, through the implementation of policies and programmes designed to create a functioning mortgage market.

Tue Aug 14 , 2018
But Bullet has hit back at Mr. Opoku-Kwarteng calling him a greedy man. YEN.com.gh reported the story of Ebony’s father, Mr. Opoku Kwarteng, calling Bullet a thief. According to him, Bullet gave him only two thousand (2,000) cedis out of an alleged forty thousand cedis (40k) of profit made from […] 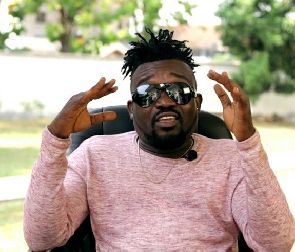