The Catholic Bishop of Wiawso Diocese, Bishop Joseph Francis Kweku Essien has described the current situation Ghana as a country and its citizens are facing as a state of “captivity in our own land”.

In a video cited by MynewsGH.com, the Catholic Bishop in pain chided leaders of the country including chiefs letting them know that they have failed to protect the interest of the people in the country.

According to observation the Catholic Bishop has made, Ghanaians have become “slaves” in their own land while in “captive” as well.

Bishop Francis Kweku Essien argued that, citizens of Ghana should have gotten a better living looking at the mineral deposits in the country but because of mismanagement on the part of its leaders, citizens are now suffering.

However, in the case of health, most health facilities in the country have currently been hit with no “bed syndrome” where most patients are unable to access health care service because there are no or few beds available in our hospitals.

In his video at a sermon, the man of God chastised leaders for failing the citizenry in developing the country Ghana.

He further called on opinion leaders, politicians, traditional rulers to seek for the betterment of the citizens first.

Bishop Kweku Essien who seems to have broad knowledge, in his video sighted a small town in the Western Region of the country describing it as a place “infested with Chinese”.

He attributed his argument to the fact that, Chinese nationals have taken over the small town in almost all business activities supposed to be reserved for the indigenous people.

“The place is infested with Chinese. Chinese are now roasting plantain and selling sugar cane. These Chinese are using our people”, he added. Addressing leaders of the area on the issue, Bishop Essien chided leaders asking whether we are not aware.. “There are assemblymen and MPs. . There are chiefs and they see it. It is like nobody can talk about it. For what gain we are getting only God knows. So we are slaves in our own land”. He stressed.

Fri Jul 27 , 2018
The Privileges Committee of Parliament has recommended sanctions against the Assin Central Member of Parliament Kennedy Agyapong over his claims that Parliament is cheap. The committee in its report after the public hearing of the member last week said: “ The committee has carefully considered the matter in the light […] 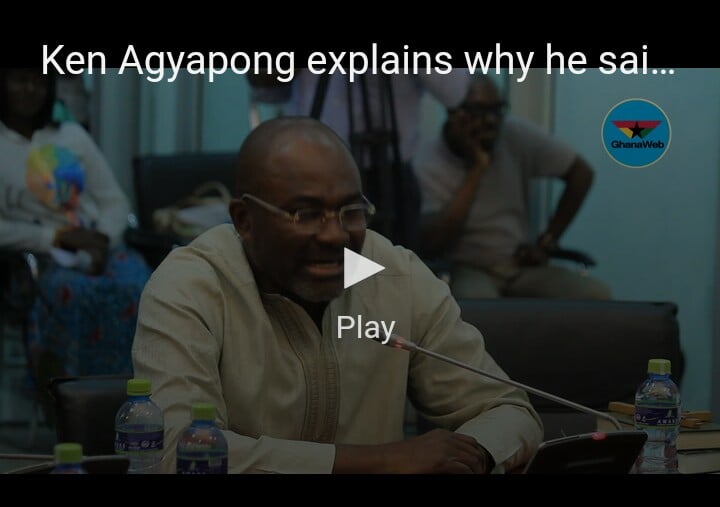