Stephen Ayesu Ntim, the four-time National Chairman loser of the governing New Patriotic Party (NPP) was nowhere to be found at the party’s Thanksgiving Service held at the Jesus Temple of the International Central Gospel Church (ICGC) in Koforidua on Sunday July 8, 2018.

Delegates who attended the NPP’s 25th Delegates Congress where its National Executives were elected on Saturday July 7, attended the church service today to thank God for a successful event.

Political watchers believe Mr Ntim who is pained by what some have said is the Presidency’s sponsored opposition to his candidature decided to stay away from the Thanksgiving Service as a protest against the manner in which he was treated.

Pictures circulating on social media shows a grim-faced President Akufo Addo having a handshake with Mr Ntim, while he beams with smiles while he exchanges pleasantries with his long-time bosom friend and preferred candidate Freddy Blay, an action many say is the President’s public show of dislike for Mr Ntim.

Mr Stephen Ntim after he lost his fourth time bid to become the National Chairman of the NPP, declared that his loyalty to the party is unshaken, even though he has been unsuccessful.

“First of all I want to express my sincerest thanks to almighty God for making this day possible. I want to also thank the organisers for this conference and our distinguish delegates for doing what is expected of them,” Mr Ntim said while accepting the results of the elections after the declaration by the Electoral Commission.

“It is rather unfortunate that I have to lose for the fourth time in my attempt to serve the party in the capacity of national chairman.”

“However, once again it is victory for the New Patriotic Party, because we have succeeded in electing our new crop of national officers to steer the affairs of the party for the next four years.

“As usual, my loyalty to the New Patriotic Party is not shaken by what has taken place. We can continue counting on Stephen Ntim as usual, because it is party first, thank you all very much,” he said. 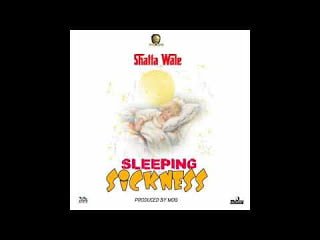