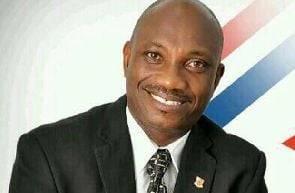 Residents of Hemang Lower Denkyira constituency in the Central Regional have warned their Member of Parliament, Bright Wereko Brobbey to stop his clandestine activity of trying to remove the DCE, E. K. Nanah as this can cost his seat in 2020.

According to some residents, since Mr Brobbey became MP for the area, there has never been peace.

Mr. Arthur, a resident of Jukwa has thus called on the National leadership of the NPP to quickly step in the matter for resolution to avoid any troubles in the area.

“We the people all support NPP. That is the only party we know but we are not happy with the division the MP is creating in the area,” he noted.

The DCE accused Member of Parliament of masterminding attempts to get him out of office.

Emmanuel Kojo Nannah said the legislator has always been against his appointment as DCE and is now capitalising on his ill health and absence from active duty to oust him.

The DCE’s comments were in reaction to a petition sent by some assembly members to the Local Government Minister and the President demanding the dismissal of the DCE.

The petitioners said the absence of the DCE has led to various malpractices by staff of the assembly including malfeasance.

“I know that there are big people underneath that are orchestrating these moves…from day one my MP has never supported my candidature. Even when my name was mentioned, he tried to every possible means to dissuade some of the assembly members from voting,” Hon. Nanah alleged.

“Even after my confirmation he said I am not his type of DCE so he will never support me,” he added.

The DCE also said that the issues of financial malfeasance that were raised in the petition to replace him were originated by the MP.

Member of Parliament for the Hemang Lower Denkyira, Bright Wireko Brobbey has however denied the allegation against him.

“I have no hand in it,” he told Richard Kwadwo Nyarko.

Wed Sep 5 , 2018
Police in Somanya, in the Eastern Region, have apprehended four persons suspected to be ringleaders of a car stealing syndicate in Somanya and its environs. The suspects were arrested on the dawn of Sunday in Somanya and Ashiaman Middle East after police received a tip-off about their operations. Police say […]