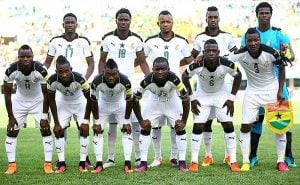 That Black Stars of Ghana have risen two places up to 45th and are ahead of World Cup participants Nigeria and Cameroon in the FIFA Ranking for August despite not featuring at the tournament.

The Stars who are now the fourth best team on the African rankings benefited from a new formula which was approved by the FIFA Council in June after a lengthy period of testing.

The formula relies on adding/subtracting points won or lost for a game to/from the previous point totals rather than averaging game points over a given time period as in the previous version of the Ranking.

The changes, of which there are several, include the fact that inactive teams like Ghana now preserve their point totals, with no devaluation of older games.

Points are dropped, however, from losing or drawing against weaker opposition, with the only exception to this rule matches in knockout rounds of major competitions such as the FIFA World Cup.

In the lead-up to the tournament, Ghana played games with World Cup-bound teams Japan and Iceland. Ghana defeated Japan 2-0 courtesy goals by Thomas Partey and Emmanuel Boateng and drew 2-2 with Iceland.

Nigeria moved up one place to 49th while Mohammed Salah’s Egypt plummeted from 45th to 65th. The Pharaohs failed to win a game in the World Cup, falling 3-1 to Saudi Arabia in the last match. 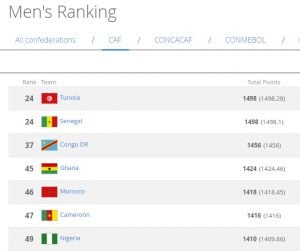 France are top of the world ranking while Belgium ranks second and Brazil, who dropped one position, are third. 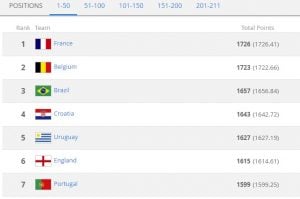 Fri Aug 17 , 2018
Some male students and alumni of the Kwame Nkrumah University of Science and Technology (KNUST) in Kumasi have explained that the sexually provocative dressing style of female students on campus is the reason for their fierce rejection of the conversion of Katanga and Continental halls into mixed halls by the […]