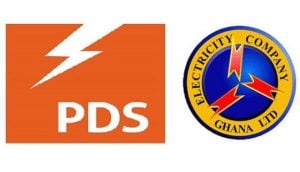 Exclusive documents has reveal that Power Distribution Services (PDS) paid the required $12.2 million premium to secure guarantee to finalise the takeover the Electricity Company of Ghana (ECG).
However, the documents again reveal that the money never got to the reinsurers in Qatar.

In the letter dated February 21, 2019, Cal Bank writes to the Millenium Development Authority (MiDA) notifying them of receipt of an amount of $8 million as a deposit for the payment of the charges for the issuance of the demand guarantees for a total value of $350 million.

These are the major reasons gov’t has suspended PDS
11%, 8% of electricity and Water tariffs take effect today July 1
Then in May, the final instalment of $4.25 million was also paid from the PDS account at Cal Bank.

Government has suspended the PDS concession agreement because of suspicion that the guarantees were fake.

Joy News understands that once Cal Bank received the payment from PDS it worked with Donewell Insurance to finance the deal.

Donewell Insurance also engaged Jordanian based broker Jo Australia Reinsurance Brokers who were tasked with the job of finally making the required payments to secure the final demand guarantees from Qatar based insurance firm, Al Koot.

It is Al Koot which on July 16, 2019, through its Chief Officer General Insurance, Mr Osman Hag Musa, wrote to ECG alerting them about a situation of fraud in which the initial guarantee submitted was allegedly forged by an employee of the company who lacks the authority to issue such a guarantee.

Joy News has, however, secured another letter dated Wednesday, July 31, 2019, in which Al Koot has written to the insurance brokers notifying them of the formal cancellation of the insurance coverage they had guaranteed.

They explained in that letter that they are cancelling the cover because the broker had not paid the premium.

So the question is where is the $12.2 million PDS paid through Cal Bank to secure the insurance cover? And why is Al Koot now acknowledging that it had previously agreed to provide the insurance guarantee when it had 15 days earlier written to ECG claiming no such guarantee has been issued by it?

Government has, meanwhile, commenced a full-scale inquiry into the detected breaches in the concession agreement with the PDS, which is expected to be completed within 30 days.

According to the Information Minister, Kojo Oppong Nkrumah, the team conducting the inquiry comprises insurance investigation experts, officials of the Energy and Finance Ministries and officials of ECG as well as MIDA. 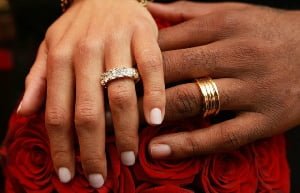