The trial of Bawku Central MP Mahama Ayariga has been put on hold by an Accra High court.

Justice Afia Serwaa Asare Botwe stayed proceedings pending the Supreme Court’s decision of the legitimacy of Martin Amidu to hold the Office of the Special Prosecutor.

Lawyers for the MP had argued that the case cannot proceed due to a pending appeal they have filed challenging an earlier ruling of the court.

The MP, who has been charged with using his public office for private gain by the Special Prosecutor, Martin Amidu, had earlier urged the court to dismiss the case against him as he questioned the eligibility of Mr Amidu.

This was dismissed by the Court, presided over Justice Asare Botwe, as it ruled that despite a pending suit questioning Mr Amidu’s eligibility at the Supreme Court, he can still file charges.

Mr. Tamakloe told the Court they are seeking to overturn its ruling at the Court of Appeal.

He further stated that another case against the eligibility of the Special Prosecutor is pending.

He argued that no harm will be occasioned Mr. Ayariga if the trial progresses.

He argued that the Court of Appeal (hearing the appeal) and the Supreme Court (hearing the Amidu eligibility case), can make orders truncating the trial of the MP if it finds merit in the case.

Justice Botwe on Wednesday, July 31, ruled that the trial will stand adjourned awaiting the decision of the apex court.

“It will be ridiculous if the case should continue, call witnesses and probably issue subpoenas and all have to come to an end by the decision of the Supreme Court,“ the Judge said.

I can’t honour your ‘inappropriate’ court invitation – Ayariga to Amidu

The OSP has charged the MP and six others, including the current MCE for Bawku, Hajia Ninchema, for allegedly engaging in procurement breaches.

The seven accused persons are facing seven counts of conspiracy, abetment, contravention of the procedure for request for quotation, using public office for profit and transfer of foreign exchange from Ghana through an unauthorised dealer.

The seven are alleged to have acted together to import an ambulance without following due procurement process, as stipulated by law.

Wed Jul 31 , 2019
The Chief State Attorney in the Takoradi kidnapping case, Patience Klinogo says the two Nigerian suspects, Sam Udoetuk Wills and John Oji, used coded language in their conversations on Facebook. During court proceedings on Wednesday, she revealed that the suspects used a language that is related to kidnapping and blood […] 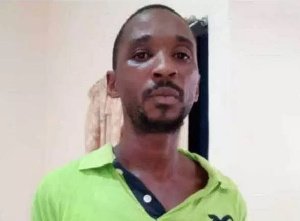