California has issued a “stay at home” order to residents as it tries to stem the march of the coronavirus across the most populous US state.

Governor Gavin Newsom told Californians they should only leave their homes when necessary during the pandemic.

He earlier estimated more than half of the 40 million people in his state would contract Covid-19 in just the next two months.

Globally nearly 250,000 patients have tested positive for the respiratory illness and more than 10,000 have died.

What does California’s order mean?

Mr Newsom said on Thursday evening: “This is a moment we need to make tough decisions. We need to recognise reality.”

California is among the first US states to bring in blanket restrictions. Earlier this week Nevada said non-essential businesses should close for 30 days.

The governor’s order will allow residents to leave their homes to buy groceries or medicine, or walk a dog or take exercise, but seeks to limit public interactions.

It will force businesses deemed non-essential to close, while allowing others including grocery stores, pharmacies, banks and petrol stations to stay open.

About half of the state’s population is already subject to similar stringent measures, including the city of San Francisco.

The Democratic governor said parts of the state were seeing infection rates double every four days.

Speaking at a press conference in Sacramento, Mr Newsom said the virus “will impact about 56% of us – you do the math in the state of California, that’s a particularly large number”.

The governor did not clarify how his officials had calculated that figure, which would amount to nearly 22.5 million infected people.

But his spokesman acknowledged the estimate did not take into account the mitigation measures being implemented state-wide.

This is the most drastic measure that any US state governor has taken to try to tame the virus – going further even than New York, which has more coronavirus cases than California.

Speaking from the state’s emergency operations centre in Sacramento – a place that is normally used to coordinate the response to wildfires or earthquakes – Mr Newsom called on people here to only leave their homes if it was absolutely necessary – to get food, collect medicines, or care for a friend or relative.

He said said that based on projections nearly 20,000 more hospital beds would be needed to deal with the effects of the outbreak than the state could currently provide.

He is asking Congress for a billion dollars in federal funding to support California’s response to the crisis, and calling for a navy hospital ship to be deployed to the Port of Los Angeles to help deal with the anticipated surge in patients.

So far, California has recorded fewer than 1,000 cases of the virus and 19 deaths, according to the Los Angeles Times.

The Coronavirus Aid, Relief, and Economic Security Act would include hundreds of billions of dollars worth of loans to big corporations and small businesses, large corporate tax cuts and $1,200 (£1,000) cheques for taxpayers.

Where are the other US coronavirus ‘hot zones’?

Along with New York and Washington, California is among the US states worst hit by the coronavirus pandemic.

On Thursday alone, New York City’s recorded caseload of Covid-19 more than doubled to 3,954 – greater than the confirmed number of coronavirus patients in the whole of the UK.

Mayor Bill de Blasio told CNN the most populous city in the US would run out of medical supplies within three weeks if the “explosion” of infections continued at such a rate.

The mayor said the virus had so far claimed the lives of 26 people in the city.

The US Department of State, meanwhile, on Thursday urged Americans to forgo all foreign travel.

What does the US travel warning say?

In an effort to contain the global coronavirus pandemic, the nation’s foreign ministry issued a Level 4 travel advisory – its top-tier warning, usually reserved for nations at war – that said “do not travel”.

Only four days ago the department sent out a Level 3 notification recommending that Americans “reconsider travel”.

The latest warning said: “If you choose to travel internationally, your travel plans may be severely disrupted, and you may be forced to remain outside of the United States for an indefinite timeframe.”

US President Donald Trump said on Thursday his administration was working with the military to bring home hundreds of Americans who have been stranded overseas amid a global shutdown on international travel.

The US travel embargo follows similar measures issued by other countries, including Canada a week ago.

It comes as the White House cancelled this year’s meeting of G7 leaders in the US.

What’s happening with the G7?

The annual meeting of the world’s seven most powerful economic countries was due to be held in June at the Camp David presidential retreat in the US state of Maryland.

But the leaders of the US, Britain, Italy, Japan, Canada, France, Germany and the EU will instead speak via video conference.

White House spokesman Judd Deere said the decision was taken “in order for each country to focus all of its resources on responding to the health and economic challenges of Covid-19”.

A series of other high-profile events, from sports tournaments to music festivals, have been cancelled around the world this month because of the coronavirus pandemic. 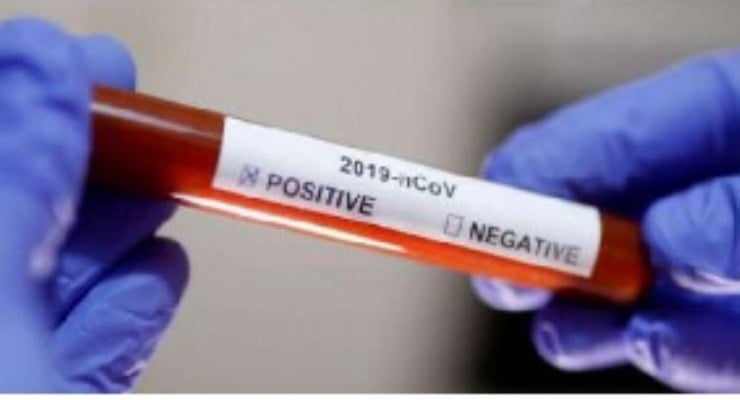