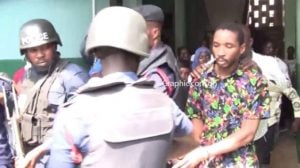 Chief mastermind of the three kidnapped Takoradi girls, Samuel Udoetuk-Wills insists that the victims are still alive and are in the Nigeria where they were taken to.

He told police interrogators that the human parts found in a septic tank at his former residence could not be those of the three girls who almost a year now have gone missing and their whereabouts unknown.

According to MyNewsGh.com sources at the Western Regional Police Command, Samuel Udoetuk-Wills claims he is not aware of how those human parts founds their way into the septic tank reiterating on his earlier position they girls are alive and are in Nigeria.

“He insists the girls are alive and not dead. He told the interrogators that the girls are in Nigeria and not in Ghana with claims he does not know how those human parts found their way into the drain”, our source disclosed.

Ruth Quayson, Priscilla Blessing Bentum and Priscilla Koranchie are believed to have been kidnapped between August 2018 and January 2019 and have since not been found.

Chief mastermind of the act, Samuel Udoetuk-Wills a Nigerian was jailed recently but is still facing other charges before Sekondi High Court after he escaped from jail in December 2018 following his first arrest.

Last Friday, Police retrieved human parts from the septic tank of his apartment with suspicion these could be the victims of the kidnapping.

Police however reveals that it is only after forensic examination they will be able to confirm if the human parts are those of the girls or otherwise.

“As part of Investigations into the three (3) Takoradi kidnapped girls, the Criminal Investigation Department and the Western Regional Command earlier this evening August 2, 2019 conducted an operation at kansaworodo a suburb of Takoradi. During the operation which took place at about 7pm, some human remains were retrieved from a septic tank at an uncompleted building.

The building was previously occupied by convict Samuel Odeoutuk Willis who is one of the accused persons standing trial for allegedly kidnapping the three (3) Takoradi girls.

The discovered human remains would be sent to the forensic science laboratory of the Ghana police service for analysis and further investigation”, a statement from the police said.

Mon Aug 5 , 2019
The Embassy of the United States of America (USA) in Ghana has urged the government to conduct a thorough forensic audit into claims of fraud regarding its contract with Power Distribution Services (PDS). The move, the US believes, will help establish the full facts surrounding the contract. The […] 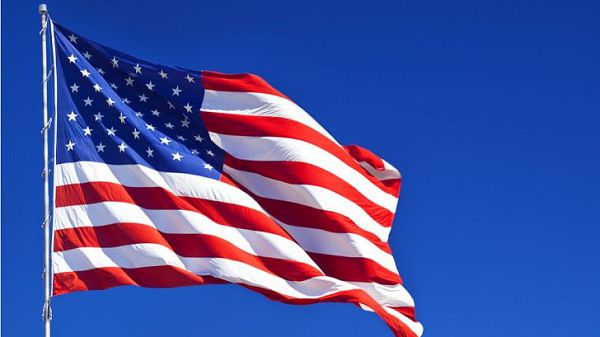