CAN WONTUMI EMULATE THE OTHER REGIONAL CHAIRMEN AND ALLOW FAIRNESS TO PREVAIL?

PYA has learned with great joy the manner in which other regions with the exception of Ashanti region have conducted the primaries so far.

Thus far we are aware the process has been fair. No candidate has reported to us about being forced to step down nor being denied to pick and file nomination form. By the close of nominations, our independent checks showed that the candidates are satisfied with the process.

The attitude in the primaries process of those regional chairmen, is an exhibition of the true democratic principles of the party. They have not taken money from any candidate to manipulate the process nor gone to town with the name of the president to intimidate other candidates. Kudos to them.

This is what Wontumi must emulate. His demagoguery must stop. The party people should not allow Wontumi to feel more important and bigger than the party as we are beginning to see. He has virtually pushed away democracy and exhibiting wontumism contrary to the party’s constitution.

After the utterly ridiculous and useless resolution seeking to impose candidates on delegates, the entire REC ought to have resigned for breaching the party’s constitution or should have been impeached. Their action constituted an overthrow of not only the party’s constitution but that of the 1992 as well. They, REC under the manipulation of Wontumi wanted to foist dictatorship which runs at variance with the party, down our throats.

On this note, we use the opportunity to congratulate Abdul Manaf of Asawase and Gifty Ndoma of Ejurasekyere dumase for remaining unwaivering in the pursuit of what is their democratic right and not allowing Wontumi and his henchmen to have a field day. These gallant patriots will go down in history as courageous individuals.

Going forward all must rise and speak against wontumism before it consumes the last bit of our party in and out of Ashanti region!

Wed Aug 7 , 2019
The NPP Constituency Chairman for Asante Akyem North, Mr. Sampson Agyei has run to the District Police Commander in Agogo for cover from the curses invoked on him, the MP and other constituency executives by a polling station chairman, Kassim Awudu for suspending him. Kassim went to River Bomfum […] 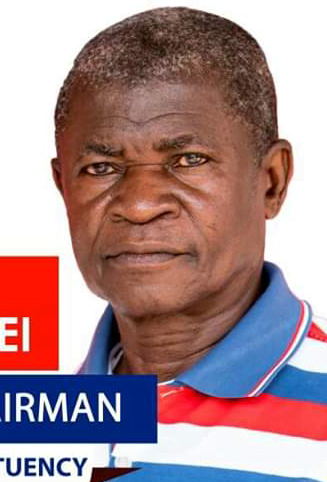