The Premier League Clubs (PLCs)have received with shock news of the cancelation of the Special Competition by the Normalisation Committee (NC) of the Ghana Football Association.
Our surprise is compounded by the several untruths communicated by the NC, aimed at hiding their own shortcomings with respect to the organization of this competition.
For the avoidance of doubt, we wish to state categorically the following facts:
1. The original structure of the competition fashioned by the NC was not in the best interest of stakeholders, including clubs in the Division One League. It took the intervention of the Honourable Minster of Sports, Mr. Isaac Asiamah, for the NC to see reason and to accept the better alternative structure proposed by the PLCs.
2. The PLCs have demonstrated their commitment to participating in this competition through the recall of their players to camp, and registration and submission of squad lists. The submission of squad lists undoubtedly evidenced our commitment to participating in the competition.
3. The commitment of PLCs was further demonstrated by the agreement by their members, under very difficult circumstances, to move from their traditional grounds to neutral venues as directed by the NC.
4. The NC sent fixtures without dates, and also unsigned regulations, to clubs participating in the competition for their signatures.
5. Participating clubs learned with utter surprise the imposition of ticket prices without any consultation whatsoever with relevant stakeholders.
6. Worst still, the NC, up till now, have failed to inform the National Sports Authority about the intended usage of the venues under their control for the competition, and so many of these venues are not ready for use in the completion.
For the avoidance of doubt, we want to emphasize that the issue at stake is non-transparency on the part of the NC with respect to the budget for the competition, despite several official promptings. Attached are copies of letters the PLCs have sent to the NC in this respect.
We also want to put on record the fact that all interactions between the clubs and the NC have been at the instance of the clubs while the NC resorted to unorthodox means of communicating through the press.
The PLCs have never been against the NC or the “normalization” of football. On the contrary the PLCs have shared various ideas with the NC on topics such as player welfare, club licensing and capacity building by clubs.
It is clear from the foregoing that the NC are only using the PLCs as an excuse for their obvious unpreparedness for the start of the competition.
We hereby demand an unqualified apology from the NC for their description of PLCs as greedy and selfish.
Meanwhile, we want to underscore, once again, the fact that we remain committed to participating in the competition, and are opened for further deliberations for the betterment of Ghana football.
Sincerely, 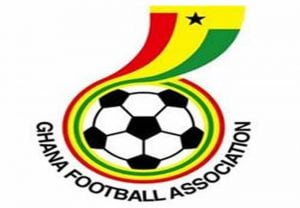