Nine sports disciplines including football have been dropped from Ghana’s team for the 12th edition of the African Games (AG) scheduled for Rabat, Morocco from August 19-31.

This came to light in an interview with the Head of the Technical Sub-Committee of the International Games and Competitions Committee (IGCC) of the Ministry of Youth and Sports, Dr. Emmanuel Owusu Ansah.

The IGCC is responsible for Ghana’s preparations and participation in international games.

Dr. Owusu-Ansah said the decision to drop the numbers followed experience from previous participation in similar games, notably the previous African Games and Commonwealth Games where Ghana sent huge numbers but had nothing to show for it.

In ensuring the Committee gets value for money, the Committee targeted team sports that had football being represented by the national U-20 male team; the Black Satellites and the male and female hockey teams.

According to Dr. Owusu Ansah, the Committee aims at sending a contingent size of 50 athletes to be selected across athletics, table tennis, beach volleyball, weightlifting, judo, taekwondo and boxing which is expected to have the biggest number of athletes.

The former National Sports Authority (NSA) boss said it was important to move away from the era of participating in large numbers to participating and making impact by winning medals.

He explained that over 250 athletes attended the last edition of the Games in Brazzaville, Congo with virtually nothing to show for it.

He said, Ghana again sent 75 athletes to the last Commonwealth Games in Australia and returned with a bronze medal, adding that, it was important for the nation to take a cue from countries like Botswana, Uganda and Namibia that went with fewer athletes but returned with at least three gold medals.

He explained that the Satellites team was dropped because the Committee was not convinced they will fare better against the same countries they played at the Africa Youth Championship, having failed to qualify from the group stage.

“If we failed at that tournament with a combination of local and foreign players, there is no guarantee that the local components with less camping period with inactive players can make any meaningful impact at the Games.”

He said the performance of the badminton team at the just ended four-day J.E Wilson Badminton tourney held at the Trust Sports Emporium aimed at building points for the participating countries towards the Olympic Games in Tokyo 2020, did not convince the committee.

“The Sports Ministry believes the time has come for us to have value for money. It will now focus on the provision of infrastructure, training of coaches to build their capacity to train the athletes so that we can have the ability to organise Games on accredited surfaces.”

“It is in this light that the Ministry has decided not to participate for the sake of it but go with only those who are capable of winning medals for the country, while we prepare for the 2023 Africa Games as Ghana aims to build an Olympic size stadium complex and other facilities in Cape Coast, Kumasi, and Tamale to host such games.”

Fri Jul 26 , 2019
Shatta Wale has another feature with another American music star on the cards as American rapper, Mariahlynn Araujo is set to release a song with the SM boss. The news of the release of the song was announced by US-Based award-winning producer, Kamillion. Kamillion, who doubles as the […] 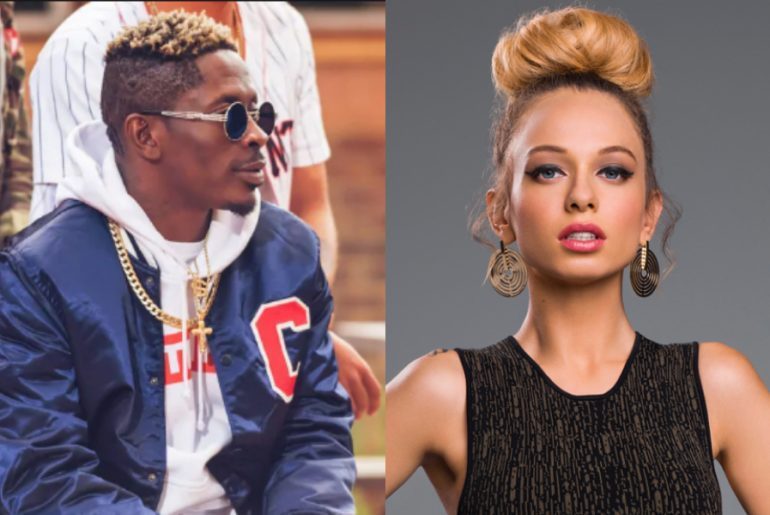