The official Twitter accounts of Barack Obama, Jeff Bezos, Joe Biden, Elon Musk and many other high-profile people and companies became victims Wednesday in one of the most visible cyberscams in the internet’s history.

Suspected Bitcoin scammers took control of accounts belonging to the rich and famous, as well as lower-profile accounts, for more than two hours during the afternoon and tricked at least a few hundred people into transferring the cryptocurrency.

A tweet typical of the attack, sent from the account of Bill Gates, the software mogul who is the world’s second-wealthiest person, promised to double all payments sent to his Bitcoin address for the next 30 minutes.

Within minutes, innocent people had sent their hard-earned money to the corrupt persons and posted screenshot evidence awaiting their returns.

The bitcoin address linked in the tweets posted to Gates’s and Musk’s account was quickly overwhelmed with more than 200 instances of people sending it money, totalling more than $50,000.

Similar tweets appeared on Musk’s account and on an account associated with Cash, an app for transferring money. The tweets were deleted after several minutes.

Twitter spokeswoman Aly Pavela said the company was looking into the issue and would have more to say later.

Some of the accounts have huge followings. Gates has 51.1 million Twitter followers, while tech executive Musk has 36.9 million. Apple’s has 4.5 million.

Cryptocurrency investors and brothers Cameron and Tyler Winklevoss said from their Twitter accounts that they believed all major Twitter accounts in the industry had been compromised and were tweeting about a fake partnership.

Thu Jul 16 , 2020
About 2,065 health workers have tested positive for Coronavirus in Ghana. Dr Patrick Kuma-Aboagye, the Director-General of the Ghana Health Service, made this known to the media at the Coronavirus press briefings in Accra on Thursday, July 16, 2020. He said about 1,870 health workers who contracted the virus have recovered. However, he said […] 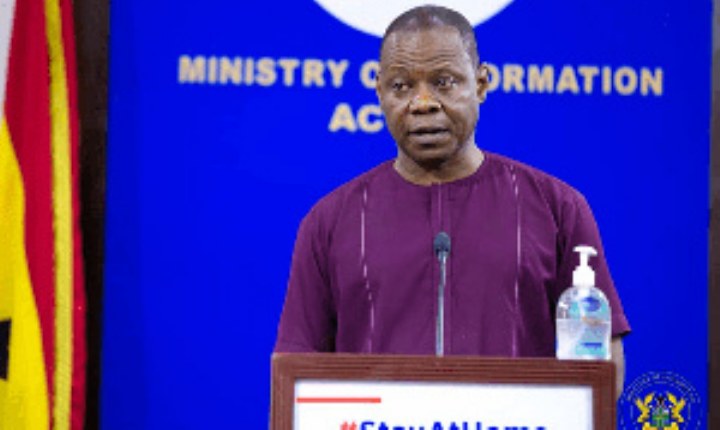