News reaching MyNewsGh.com reveals that Mr. Gregory Afoko has been admitted at the Police Hospital after two bouts of vomiting blood in the custody of the Bureau of National Investigation (BNI).

Mr Afoko who is one of the suspects standing trial for the murder of the former Upper East Regional Chairman of the New Patriotic Party (NPP), Adams Mahama continue to be held in the custody despite being granted bail by a court several months ago.

This portal has gathered that he was taken to the facility by one Chief Inspector Nkrumah and is currently on admission at the male ward of the facility.

Family of the suspect had earlier raised concerns over a ploy by some unseen hands to poison him in the custody of the Bureau of National Investigation (BNI).

According to family sources, blood samples of the suspect were taken without his consent in custody only for operatives to return and claim he was suffering from an infection and required some treatment.

They indicate that despite violating his fundamental human rights, they are still at a loss as to why the security agency which has refused to cooperate with the order of the court to grant him bail will resort to this kind of game.

“He has been held without visitation from either family or lawyers for over two months,” the source claimed.

“The family is extremely worried and believes that the attempt to treat Gregory for an alleged infection they claim to have detected from the blood sample they took is a pretext to poison him.

“What is the motive for treating him for this alleged infection when all they have to do is obey the court order, release him to his family who can get the best healthcare available for him, if he is indeed sick.

The Appeals Court on April 15, 2019 threw out a suit filed by the Attorney General’s Department for a stay of execution in respect of bail granted the suspect by an Accra High Court.

4 Arrested For Engaging In Galamsey at Dormaa Akwamu

Thu Jul 11 , 2019
One of the greatest problems in the Dormaa East District is illegal small scale mining (Galamsey), Hon Emmanuel Kofi Agyeman, DCE,  and the District divisional Police command have combined effort in diverse ways to help curb the situation but some people have turned a deaf ear to this. Yesterday, […] 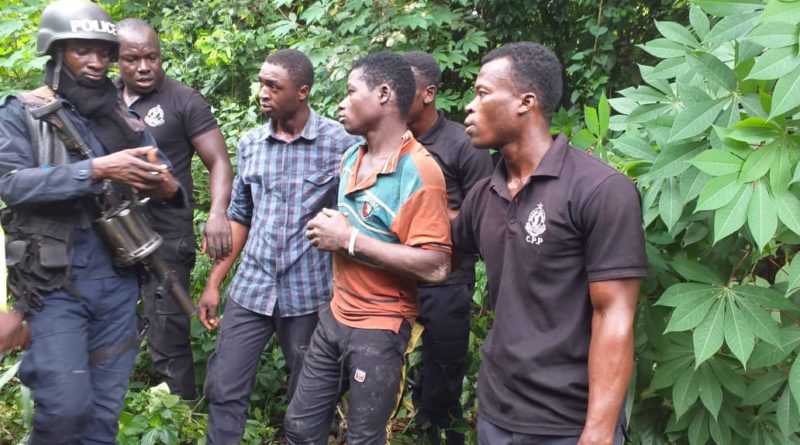