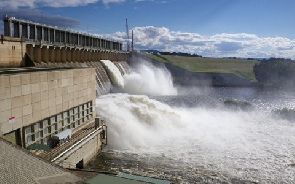 The National Disaster Management Organisation (NADMO) has confirmed the death of a 13-year-old boy who drowned in a dam in the Northern Region, following the spillage of excess water in the Bagre Dam in Burkina Faso, and days of rainfall in the area.

The dam in which the boy drowned was said to be flooded.

The Deputy Director of NADMO, Abu Ramadan who confirmed the death said the body has since been handed over to the family for burial.

“Some kids went playing by the dam, a dam that has filled to the brim as a result of the heavy rain and one got drowned.”

“My men got there…we managed to get into the water and searched and found the dead body, which we retrieved and sent to the hospital but now it’s been handed over to the family for burial,” Mr Ramadan said.

A humanitarian crisis is looming in a number of communities in northern Ghana, particularly areas along the White Volta and the Black Volta, following the spilling of excess water from the Bagre Dam in Burkina Faso.

Swathes of farmlands have already been consumed by flood waters and lives are under threat.

As has become the tradition, NADMO issued a flood alert ahead of the opening of the dam this year and warned residents along the two rivers that the combined effects of rising water levels in the White Volta and the opening of the dam could leave thousands of people affected by flooding and, therefore, urged the residents to move their valuables to higher ground for their safety.

It said it was collaborating with various bodies, including United Nations (UN) agencies, the 48 Engineers Regiment of the Ghana Armed Forces (GAF), the Police Service, the Fire Service, the National Ambulance Service, the Meteorological Service Department and district assemblies in the affected communities, to help mitigate the effect of the spillage on the people.

Wed Sep 5 , 2018
Ghanaian striker, Benjamin Acheampong has pledged never to return to play for any club in Egypt after being treated “unfairly” by giants Zamalek. The bulky forward had his contract terminated by Zamalek two months ago for no official reason. “I have been insulted in Zamalek over the past period,” Acheampong […]