Featuring prominently in the poor and stale campaign of candidate Mahama and NDC is their unreasonable sneer and mockery of the unprecedented numbers of built toilets across the country, by the compassionate leadership of the New Patriotic Party and President Nana Akufo-Addo. 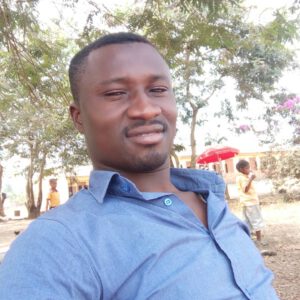 Quite painfully, under the watch of Former President Mahama, Ghana was hit by a cholera epidemic which claimed lives of a huge 200 people. According to the centre for disease control and prevention, Cholera is an acute diarrheal illness caused by infection of the intestine with Vibrio cholerae bacteria. People can get sick when they swallow food or water contaminated with cholera bacteria. The infection is often mild or without symptoms, but can sometimes be severe and life-threatening.

Traditionally, in the absence of Toilets facilities which was so apparent during the sad reign of the incompetent Mahama, people will resort to ease themselves nearer water bodies, in stagnant waters, gutters, in black rubbers thrown into neighbouring households, etc. This was widely reported in the news. Sadly, this same water bodies happens to be the only source of drinkable water for some Ghanaians under the regime of MAHAMA and NDC.

Consequently, cholera killed two hundred (200) people due to the insensitivity of Mahama and NDC who cared less about the vulnerable Ghanaian. During that time, insensitive Mahama did not give Ghanaians free water eventhough water was crucial to the end of cholera. Our taps were not flowing.

Fast forward, after H.E President Nana Akufo-Addo and NPP were voted to power, they heard the cries of the ordinary Ghanaian and are building Toilets. Admittedly, we are free from cholera. However, it is regrettable how candidate Mahama would make it a point to make mockery and jeering against the toilets built. The people who are beneficiaries are those Mahama is insulting and it’s disappointing that this is coming from a so called statesman who is throwing all cautions to the wind.