As Women’s Wing of the New Patriotic Party (NPP) in the United States of America (USA) and advocate for Ghanaian women, we call for a swift investigations and prosecution of perpetrators of the gruesome lynching and murder of an innocent ninety (90) year old woman which occurred at Kafaba in the East Gonja Municipality of the Savannah Region of Ghana.

We vehemently condemned in no uncertain terms the action of the unscrupulous perpetrators for accusing the 90 year old woman of witchcraft, describing it as a grave and an unpardonable violation of human rights which must not be handled with kids gloves whatsoever.

Violence against women has no place in today’s day and age in Ghana in particular and the world in general. This irresponsible and inhuman behavior does not only have negative consequences for women and youth, but also their families, entire community, and the country at large. The subsequent effects includes but not limited to psychological health, and also altering of long-term trust by up and coming children.

It is unfortunate that , much has not been done or put in place to prevent and protect violence against women, of which perpetrators often go unpunished with impudence.

In a disturbing video that has gone viral and continue to be shared on social media, the old woman who was the victim could be heard clearly crying for help and mercy, and refuting allegations that she is a witch. She was pushed down by a fellow woman and beaten mercilessly. This a total display of wickedness by society.

It is unclear what prompted the supposed soothsayer or priestess to accuse the old woman of witchcraft and her subsequent lynching but scenes in the video can only be described as barbaric. The disturbing video has younger women, slapping, whipping and hitting the old woman’s head with a heavy object, while other community members cheering them on. This is unacceptable and must be condemned. 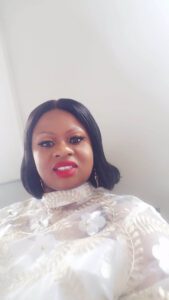 We therefore call on the Government, community leaders, Queen mothers and the ministry for social welfare to bring these individuals to book. And also to develop smaller women advocacy groups in our communities dedicated to strengthen and protect women’s plight in Ghana.

The NPP- USA Womens wing wishes to extend our heart felt condolences to the bereaved family and wish them the Gods guidance during these difficult times.