Tuneon Radio is a compilation of Ghanaian radio stations and over 1000 radio stations worldwide that our aim is to serve our cherished listeners well with what they want. We serve them with latest news update, political shows, sports, interviews, entertainment shows etc. Download the app and enjoy best of Radio Station and ur favorite programs here. Click on the link to download
Tema-based rapper, Yaa Pono has said that Dancehall act, Shatta Wale has a bigger mouth than American rapper, Jay Z. Yaa Pono during a beef with Shatta Wale in February last year released a song, ‘Gbee Naabu’ jabbing the dancehall artiste that his lips were big. Shatta Wale in a recent video that has gone viral emphatically told those talking about his lips to take a chill pill as according to him, popular American star, Jay Z has bigger lips than him. The ‘Ayoo’ hitmaker also mocked Yaa Pono stressing that he is a failure in the entertainment industry. But Yaa Pono reacting to Shatta’s comment on Adom FM’s ‘Ofiekwanso’ insisted that ‘Jay Z doesn’t have a big mouth. He only has big lips. Shatta Wale has a big mouth and there is a difference between the two…,” he told Andy Dosty.
Pono further lambasted Shatta for putting out such videos because ‘it is very useless for such a top artiste to put a video like that. Our fans are more of ghetto youth and there should be a respect….’ He further advised Shatta Wale to desist from such acts and focus on his career. This year’s edition of ‘Ponobiom Live In Concert’ will take place on Saturday, March 24 at the West Hills Mall at Weija in Accra. The organisers explained that the event will showcase performances from over 10 of the biggest Ghanaian music stars like Sarkodie, Stonebwoy, King Ayisoba, Edem, Kwaw Kese, Tinny and a host of others.
Source: adomonline.com 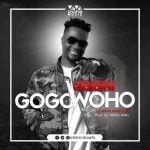 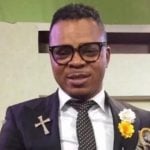