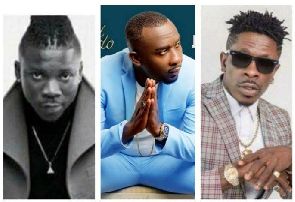 Australia-based Ghanaian gospel musician,Jay Peacock has made a staggering revelation that,Australians regard Stonebwoy as a better artiste than Shatta Wale.The issue of who is the most popular artiste internationally between multiple award-winning dancehall artiste;Shatta Wale and BET award winner Stonebwoy has been lurking around the music fraternity for sometime now.The two artistes, who are regarded as the current bitterest rivals in the Ghanaian showbiz scene — are both signed onto Zylofon Music.However, during an interview with Razzonline.com in line with who is popular between the ‘Wumaame Twe’ hitmaker and the “ Hero’ singer in Australia,Jay Peacock accentuated that Australians see Shatta Wale as a mere noise maker: “See,am a gospel musician— and I can never lie, the truth is,Stonebwoy is well known in Australia than Shatta Wale…it’s a fact”,Jay quipped
He explained, “Stonebwoy is highly loved in Australia, Shatta Wale is known to be a noise maker…although he is good at his craft Stonebwoy is highly respected by many Australians as they see him to be a cool dancehall artisteJay Peacock is currently out with his maiden song for 2018 titled ‘Spiritual commando” which is enjoying massive airplay on various radio stations.He urged his fans to expect a world-class ‘Spiritual Commando’ video on Monday ,26th,March,2018.
Source: Razzonline.com 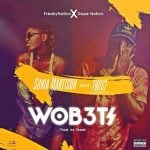 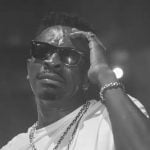